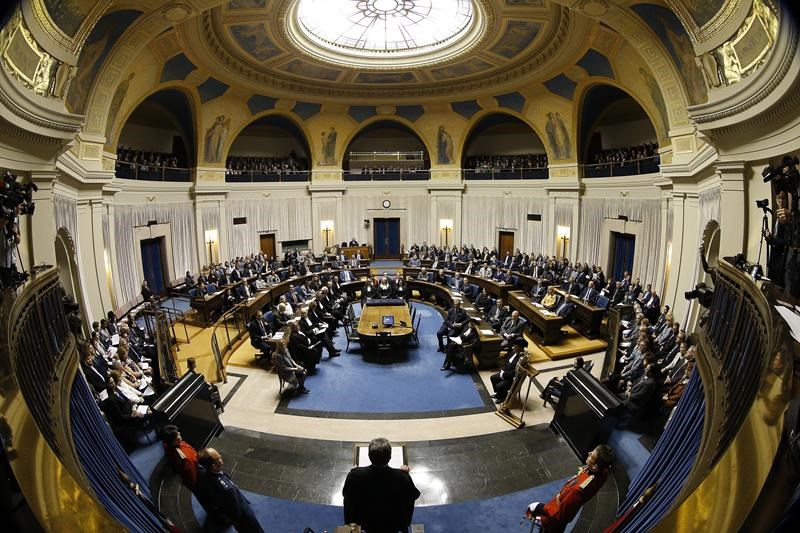 Chief Justice Richard Chartier, administrator of the Province of Manitoba, reads the Speech from the Throne at the Manitoba Legislature in Winnipeg, Monday, Nov. 19, 2019. (THE CANADIAN PRESS/John Woods)

WINNIPEG — The province is looking to spend an additional $450 million on its COVID-19 response and will seek approval from the Manitoba legislature to do so.

“As the pandemic continues, we continue to adapt our response to address emerging and evolving needs,” Finance Minister Scott Fielding said in a release.

The request from the Pallister government comes as the third sitting of the 42nd Manitoba legislature begins Wednesday.

Fielding will introduce the supplementary appropriation act, 2020-21, which would invest $450 million over the remaining month of the 2020-21 fiscal year on health care, as well as investments in capital projects.

The province says the funding would go towards the pandemic response and the early stages of the immunization campaign this fiscal year, as well as provide $50 million to school divisions for new school construction projects including land purchases.

Further details on the school capital projects will be released “once planning is completed and the projects have received final approvals,” the province said.