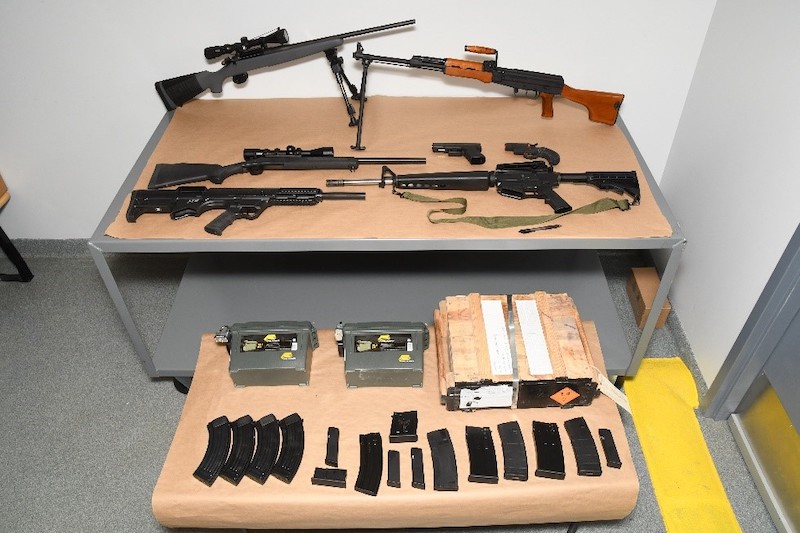 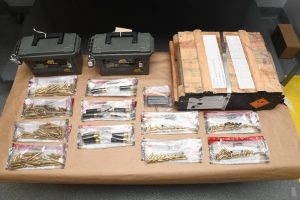 Ammunition and other items seized from a Notre Dame Avenue home on Tuesday, March 2, 2021. (WPS HANDOUT)

WINNIPEG — Police have charged a man with 22 weapons offences after a trove of guns and ammunition were found in a West End home on Tuesday.

Police received a report of threats being made toward a woman in the city’s northeast area. They say the threats involved the use of a firearm and the caller reported the suspect had access to guns.

Police and Air 1 descended on a home on Notre Dame Avenue, where the suspect was spotted going back and forth placing cases in the truck of a vehicle from the residence.