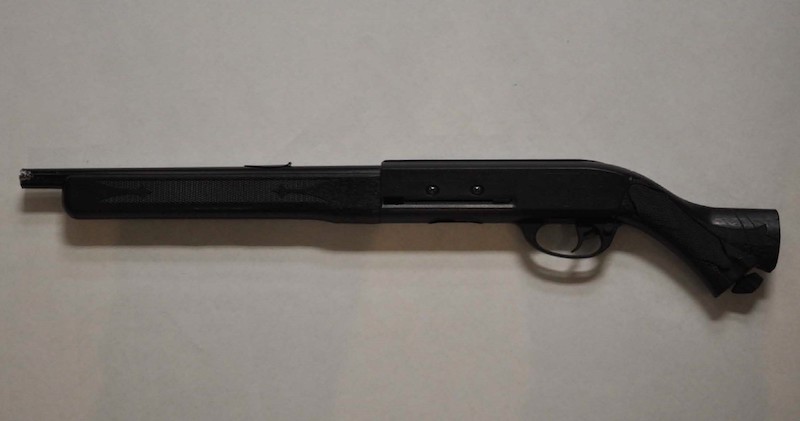 The imitation firearm police say a suspect used to rob a business on Wasagamack First Nation, on March 8, 2021. (RCMP HANDOUT)

Manitoba RCMP have charged a man after he allegedly robbed a business on Wasagamack First Nation at gunpoint.

Police say the robbery occurred on Monday night when the man entered the business with a bandana on his face and carrying a firearm. The suspect demanded cash and cigarettes before fleeing. No one was injured.

Officers found that the man had retreated back to his residence, where police were able to speak to him on the phone. He cooperated and surrendered to police without incident.

The firearm was determined to be an imitation device. The cigarettes and the bandana the suspect was wearing were also located.

Fletcher Wood, 23, of Wasagamack First Nation, has been charged with numerous offences and remains in custody.