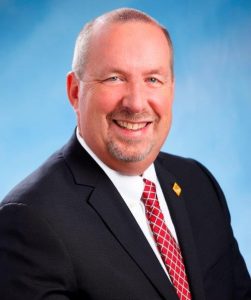 Larry McIntosh, president and CEO of Park of the Market, is retiring in June. (HANDOUT)

WINNIPEG — The president and CEO of Peak of the Market is calling it a career after 27 years.

Larry McIntosh will step down from his role as the top carrot of the vegetable distributor in June.

“I am very proud of the entire team at Peak of the Market,” McIntosh said in a statement.

“Together, over the years, we have grown the company and have accomplished so many major milestones. The team’s dedication to growers, customers, suppliers and to each other says so much about the company. Peak of the Market will continue to be a leader in the produce industry and has a solid foundation to have strong growth well into the future.”

McIntosh plans to spend time in his retirement continuing volunteer work as a director on the Canadian Red Cross, a past chair of the Canadian Produce Marketing Association and on his recently appointed position to the new Canadian Food Policy Advisory Council.

Peak of the Market, which was founded in 1942, has offices and distribution centres in Winnipeg and Calgary.