Manitoba Premier Says Public Will Have Say on Future Megaprojects 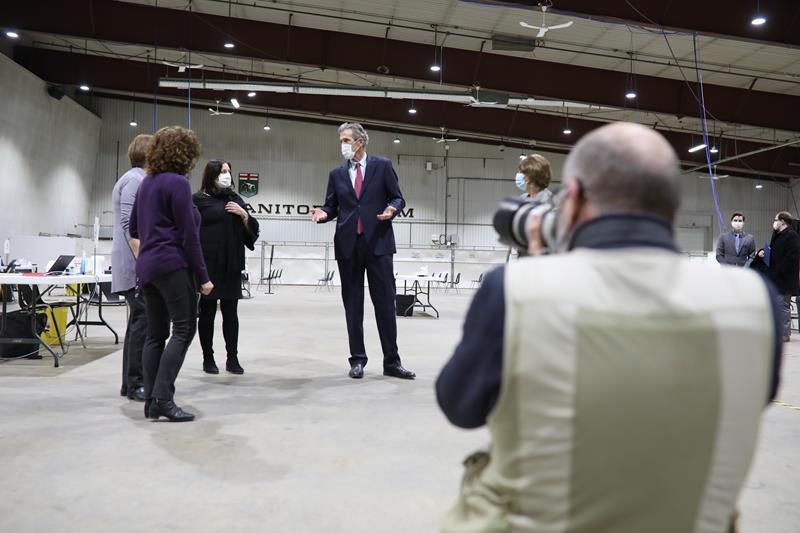 WINNIPEG — Manitoba Premier Brian Pallister promised Thursday to ensure that any large capital projects in the future will be put to a public referendum before they can go ahead.

“If they want to build another one, then they have to ask (the public).”

Pallister said details of his plan, such as what kinds of projects might be included and what cost level would trigger a referendum, will be worked out later. He said a government-run casino — if another one is ever proposed to add to the two existing ones — could be another project subject to a public vote.

The review by Wall looked at construction of the Bipole III transmission line and the Keeyask generating station, which together ran $3.7 billion over their initial budgets.

It said Manitoba Hydro officials and the former NDP government overestimated the potential for export sales needed to justify the projects. It also said the former government did little to prevent costs from spiralling and was more focused on getting the projects completed.

The two projects were built over the last 15 years and Manitoba Hydro’s debt has tripled in that time to more than $23 billion. The growing debt is one reason why the utility has asked regulators to approve steep annual increases in customer rates.

Pallister was asked whether Manitoba’s best-known megaproject, the Red River Floodway which diverts rising water away from Winnipeg, would have been approved in a referendum.

The floodway was built in the 1960s and Premier Duff Roblin faced widespread criticism over the $63-million cost. The floodway gained broad support in the ensuing decades and has prevented billions of dollars in damage.

“I think a case could have been made then and was made very effectively,” Pallister said.

The New Democrats, now in Opposition, accused Pallister of making the referendum promise to divert attention away from problems at Manitoba Hydro, including a rotating strike by workers that started Tuesday after contract talks stalled.

“We have hydro workers out on strike because of the interference and mismanagement of this government, and this just seems like the premier trying to turn the page away from that,” NDP Leader Wab Kinew said.