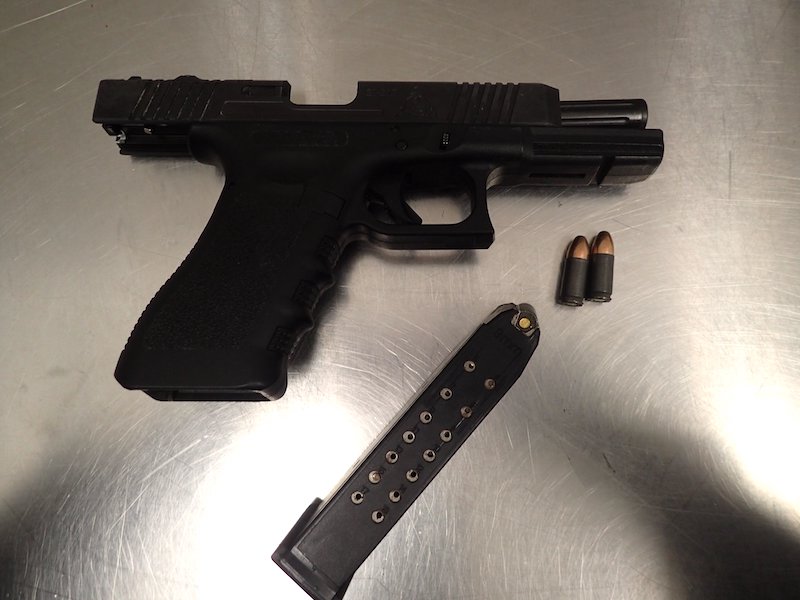 A gun seized by Brandon police during a traffic stop on Friday, March 12, 2021. (BPS HANDOUT)

Three people have been charged after a gun was found during a traffic stop in Brandon on Friday.

Officers pulled the vehicle over in the 1000 block of 34th Street at around 2 a.m. and noticed a handgun inside.

Police seized a loaded Glock 9 mm pistol from the vehicle.

All three men face charges of possession of a restricted firearm with ammunition.