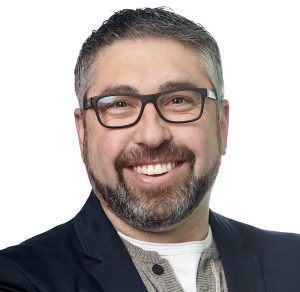 The Winnipeg Ice have plucked a familiar voice off of radio waivers by adding Kevin Olszewski to its broadcast team ahead of this weekend’s season opener.

Olszewski, or Kevin O. as he is affectionately known to Winnipeg sports fans, will join veteran broadcaster Mitch Peacock on CFRW 1290 AM and the iHeartRadio app on game days.

Olszewski was most recently an on-air host at the former TSN 1290, which ceased operations on February 9 to flip to a comedy format and rebrand itself as Funny 1290 days later.

The Winnipeg Ice recently announced a radio broadcast deal with Bell Media, which operates the 1290 AM frequency, placing Olszewski back on the very airwaves from which he and many other broadcasters were cut from just over a month ago.

Peacock returns as the play-by-play voice of the WHL team for his second season, with him and Olszewski offering pre-game and post-game coverage and analysis between periods, including live interviews from Ice head coach James Patrick and Ice players.

The Ice open their abbreviated 2021 season in the Regina bubble on Saturday against the prairie rival Brandon Wheat Kings at 8 p.m. Pre-game coverage begins at 7:30 p.m. CT.