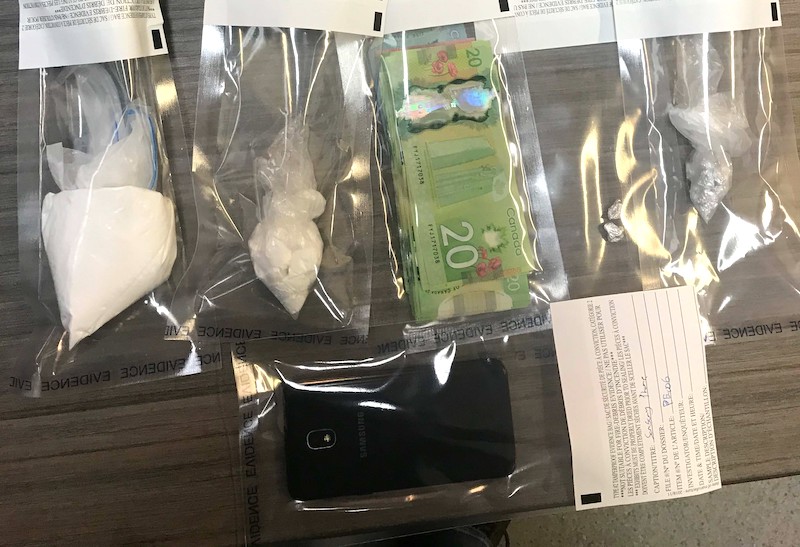 Drugs and cash seized during a traffic stop on March 13, 2021 in Thompson, Manitoba. (RCMP HANDOUT) 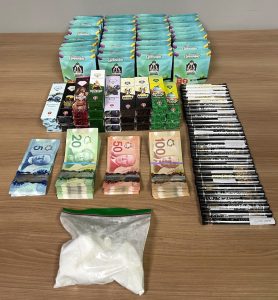 Drugs and cash seized during a traffic stop on March 12, 2021 in the RM of Dauphin. (RCMP HANDOUT)

Officers with the Dauphin detachment pulled over a vehicle March 12 on Highway 5, approximately 10 km west of Ochre River.

The driver refused to provide a roadside breath sample and was arrested. When police searched his vehicle, they located a large assortment of cannabis products, approximately 195 grams of cocaine, Canadian currency and an open bottle of liquor.

Jory Rowe, 30, of Winnipeg has been charged with numerous offences and remains in custody.

In a separate traffic stop on March 13, Thompson RCMP pulled over a taxi on Princeton Drive.

The passenger was arrested and officers seized approximately 140 grams of cocaine and Canadian currency.

Christopher Cordell, 28, of Duck Bay, has been charged with numerous offences and remains in custody.