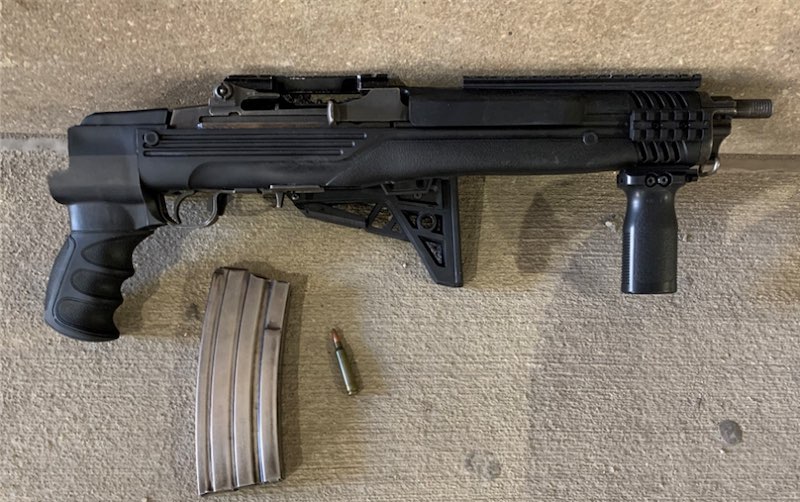 WINNIPEG — A man is facing several weapons charges after police found him concealing a gun in a backpack behind Portage Place.

Police were on patrol Thursday evening on the Promenade near Vaughan Street when they saw the suspect sitting near the loading docks attempting to consume narcotics with a glass pipe. While speaking with him, officers noticed the handle of a pistol-style gun protruding out of the top of an open backpack.

Officers arrested the suspect and seized a loaded Ruger Mini-14, .223 rifle with a folding stock and a high-capacity magazine. Officers also found a folding five-inch knife.