By Michael Tutton, The Canadian Press 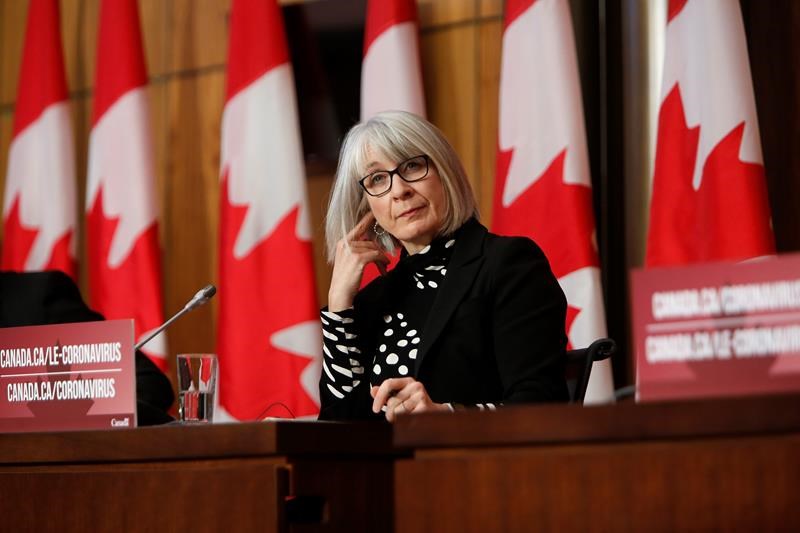 An interim review of why Ottawa’s early pandemic warning system failed to issue a formal alert on COVID-19 has described a lack of detailed knowledge of the system by senior managers.

The audit dated Feb. 26, and released on Saturday, was ordered by federal Health Minister Patty Hajdu after reports the Global Public Health Intelligence Network didn’t operate as intended at the onset of the pandemic.

The interim report concluded the monitoring system did identify the outbreak of the pneumonia that would become COVID-19 on the night of Dec. 30, 2019, and included this information from Wuhan, China, in a special report to Canadian public health officials the next day.

But the report notes that without sending up a formal alert, international partners that rely on Canada’s information were left to rely on other sources.

“That (the system) identified early open?source signals of what would become COVID?19 and promptly alerted senior management does not mean that the system is operating as smoothly or as clearly as it could and should,” the report concluded.

“As international subscribers only receive alerts, some jurisdictions did not receive an early signal directly.”

The review panel includes Mylaine Breton and Paul Gully, who are both experts in public health and health policy, and Margaret Bloodworth, who has a background in national security.

The panel’s report also found that prior to the pandemic, the alert system lacked standard operating procedures. Senior managers also didn’t fully understand the rationale and the intended audience for alerts, it added.

The system is set up to gather thousands of internet-based reports from around the globe, which are narrowed down to items that are deemed credible enough for public health officials to explore further and compile into a daily report.

But more serious items about potential pandemics and other risks were to result in “alerts,” where subscribers are told “there is a signal they may wish to take notice of or follow up on,” the report said.

The review found there were no written procedures governing the issuance of these alerts prior to fall 2020.

“The panel has also heard from some senior management directly overseeing (the system) who could not describe the purpose or audience for alerts, and may not have had a complete understanding of their intent,” the report read.

The system was set up in the 1990s to scan the internet for open source news and early signals of health threats. Over time, it received upgrades to allow it to use human analysis to track the threats and — according to the review — provided the World Health Organization with about 20 per cent of its early-stage intelligence on epidemics.

There’s been a wide variation of the frequency of these alerts over the past 10 years, with 887 sent out in 2009 — largely in relation to the H1N1 pandemic — followed by 198 in 2013, corresponding with the H7N9 outbreak.

Only one, in contrast, was issued in 2019, with the last alert before the pandemic going out May 2019.

The panelists say it’s clear that “some form of direction was given to pause the alert process,” and that the level of approval for alerts was elevated and then downgraded at least once.

However, the authors said so far they haven’t seen any written documentation on the timeline of those changes, who requested them and why they might have occurred.

Wesley Wark, an adjunct professor at the University of Ottawa who is an expert on national security and intelligence issues, said in an email Saturday that he found it surprising this information wasn’t available to the panelists.

“It is astounding that the panel could not identify any written documentation around the decision to cease the dissemination of alerts,” he said.

Wark also said he’s pleased the next stage of the panel’s work will look at the wider context in which the early warning system operates.

“The most important determination made by the panel, in my view, is the recognition of the need for it to look at the Public Health Agency of Canada risk assessment system,” he wrote.

“The Global Public Health Intelligence Network’s work, it recognizes, cannot be separated from the system in which it needs to be embedded, which includes risk assessments and decision-making.”

The panel said its final report, expected in May, will examine the “extent to which the Public Health Agency of Canada is providing useful intelligence to other stakeholders across Canada and internationally.”

It will also look at the public health skills required of analysts and mid-level managers who work with the pandemic intelligence systems.