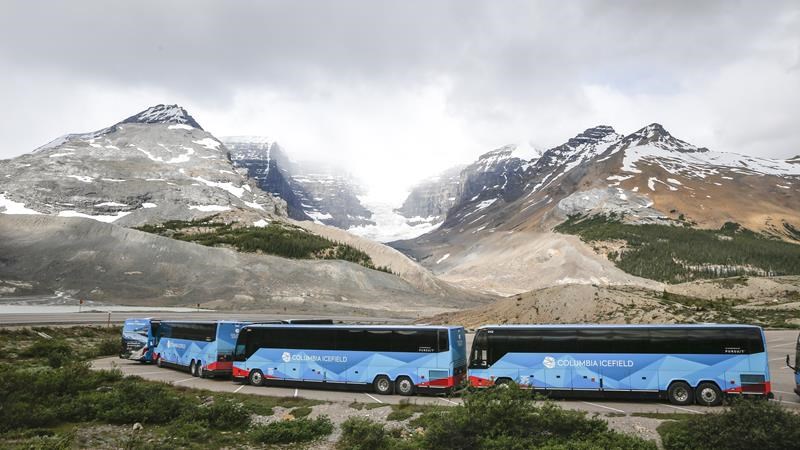 EDMONTON — Environmentalists and scientists are calling on Parks Canada to further restrict access to Rocky Mountain backcountry in an effort to help save the last large caribou herd in the national parks.

Chow-Fraser is asking Parks Canada to extend winter closures of the Tonquin backcountry in Jasper National Park. Tonquin’s alpine valleys are home to a herd down to about 10 breeding females.

The area is currently closed between November and Feb. 15.

Chow-Fraser said that’s not enough. Even tracks from backcountry skiers provide enough of a path for wolves to get into the herd’s winter range.

“(There’s) overwhelming evidence … of how wolves use linear features, driving caribou declines everywhere in the country.”

Mark Hebblewhite, a University of Montana biologist with long experience in the Canadian Rockies, said the Tonquin caribou are nearing the same brink other herds have already toppled over.

The Banff and Maligne herds, two of five in the Jasper-Banff area, are gone. The Brazeau herd is down to about six animals and the only reason the la Peche herd is healthy is the extensive wolf cull on its habitat outside the park.

“That leaves the Tonquin,” Hebblewhite said. “Inside the parks, it’s pretty grim.”

Parks Canada acknowledges caribou are in decline. The agency is hoping to shore up the herds with a captive breeding program, in which females from nearly vanished herds would be penned and bred.

In a 2017 report, it called the Feb. 15 closure date arbitrary and “a compromise to stakeholders.”

“Because of closures and declining wolf numbers, fewer incursions into caribou habitat have been documented,” she said in an email.

“Parks Canada is constantly assessing conservation measures and adapting to changing conditions, including ways to mitigate disturbance to caribou in the Tonquin Valley.

“This includes maintaining winter access restrictions in locations where they will benefit caribou the most.”

“Who’s to say that just because a wolf wasn’t there last winter, there won’t be one this winter. If they get in, they’ll find caribou. Easy pickings.”

Studies in Jasper have shown wolves quickly find new trails and begin using them. And with so few breeding females, one successful hunt can have a major effect on a herd’s future.

“It just doesn’t make any sense to me.”

Some backcountry users are already staying away. The Alpine Club of Canada has asked members not to use the Wates-Gibson hut in the Tonquin country.

There is a private lodge in the area which has been operating since 1939. Owner Gilbert Wall declined to comment.

Chow-Fraser said extending the backcountry travel ban until the snow is gone needn’t be permanent.

“This isn’t a forever thing,” she said. “You need to give these really sensitive animals some space until the breeding program can bolster numbers.”

Parks Canada has a dual mandate of encouraging Canadians to enjoy the outdoors and of preserving the ecological integrity of those places. Chow-Fraser said preservation should come first in the case of an iconic species on the verge of vanishing.

“In a national park, you would think ecological integrity would be the No. 1 priority.”