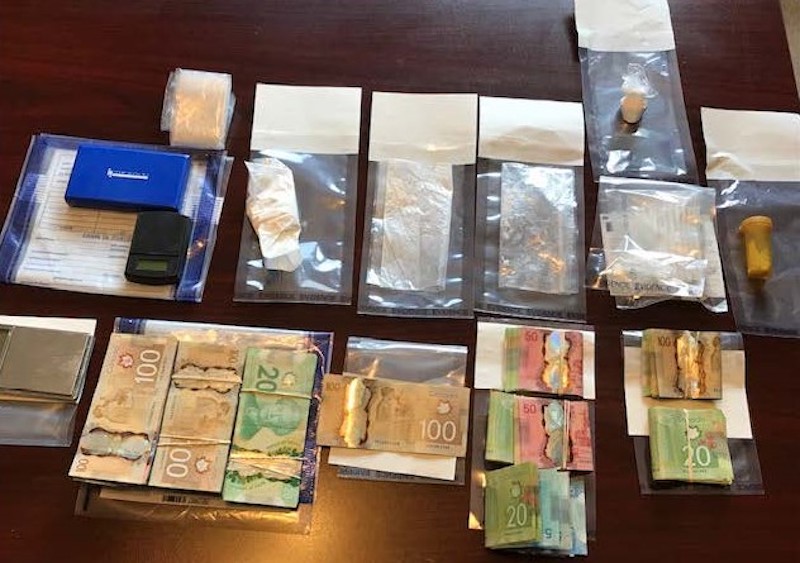 Drugs and other items seized during a search of a home in Minnedosa, Manitoba on Saturday, March 20, 2020. (RCMP HANDOUT)

A 27-year-old man is facing several charges and was released pending a court appearance on June 22, 2021.

Lynsi Farough, 32, of Minnedosa has been charged with several drug-related offences and remains in custody.