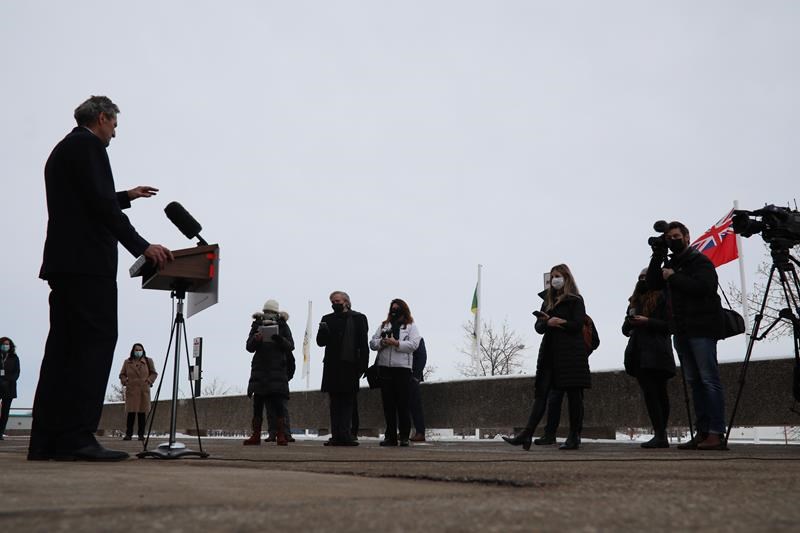 WINNIPEG — Manitoba Premier Brian Pallister promised Thursday to push ahead with a court challenge against the federal carbon tax, despite a Supreme Court of Canada ruling that Ottawa has the authority to impose one.

The high court, in a split decision Thursday, rejected a challenge of the law by Saskatchewan, Alberta and Ontario, which had argued the matter was within provincial jurisdiction. The federal government has the right to set minimum standards in a matter of national concern such as climate change, the court ruled.

Manitoba’s case, currently working its way through Federal Court, is different, Pallister said, because Manitoba is willing to impose a carbon tax, albeit at a lower rate than what Ottawa has demanded.

“I think we’ve made a compelling case — a better case, frankly I would have to say, than our other provincial counterparts have made — because we … stepped up and we demonstrated we were ready to act on climate change and ready to do a carbon tax,” Pallister said.

Manitoba originally planned a $25-per-tonne price on carbon in 2017. But the federal government said that wasn’t high enough and imposed its own levy on Manitoba and three other provinces, with income-tax rebates to offset the price.

Pallister said he is willing to go higher than $25 per tonne, but would not specify a dollar figure. He said the levy should be fixed, instead of increasing, and low enough to credit Manitoba for the billions of dollars it has spent developing its clean hydroelectric grid.

Pallister also pointed to a section of the Supreme Court ruling that said the federal government does not have limitless rights to set pricing standards.

“The (federal cabinet) does not have an unfettered discretion to determine whether a provincial (greenhouse gas) pricing system is desirable, but is confined to determining whether it meets results-based standards,” the ruling stated.

Pallister said Manitoba’s overall plan to reduce emissions, which includes wetlands improvements and subsidies for fuel efficiency in the trucking industry, can meet or exceed federal targets without imposing a high carbon tax.

No date has been set for the Federal Court hearing.

The Opposition New Democrats said Pallister and his Progressive Conservative government should give up its court fight.

“I think that we should be taking a collaborative approach with the federal government,” NDP Leader Wab Kinew said.

“I think that this court decision today is sort of the end of the road for the conservative premiers who were opposing this. And so now let’s get on with the business of actually fighting climate change rather than just fighting court battles.”