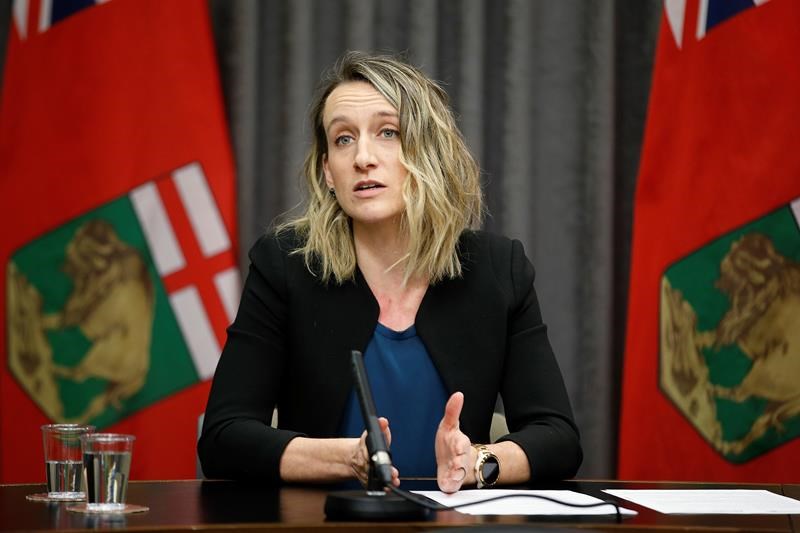 WINNIPEG — Manitoba expanded the eligibility for COVID-19 vaccines Friday as health officials warned that a third wave of the pandemic appears to be underway.

“It looks like we’re in the beginning of a third wave. Right now, this means that the actions of all Manitobans are critical to ensure that we continue to protect each other.”

Health officials announced 179 new cases and three deaths. Three earlier cases were removed due to data correction, bringing the net increase to 176, which is the biggest daily jump since late January.

The province has been working to ramp up its vaccine distribution system, and has said it has the capacity to deliver up to 20,000 doses a day if it could get enough supply. But there have also been staffing issues and technical glitches, and the average number of doses each day has been about one-third of the potential maximum.

The government reduced the minimum age for vaccines in the general population on Friday by two years — to 40 and up for First Nations people, and 60 and up for others.

The province also expanded the use of the AstraZeneca vaccine, which is available through doctors’ offices and pharmacies.

It was originally aimed at people aged 55 to 64 but will now also be available to anyone 65 and older, with an emphasis on those who may have a hard time travelling to mass vaccination centres.

Those centres have been set up in cities such as Winnipeg, Brandon and Thompson. Another Winnipeg centre will open in early May and every health region in the province will have at least two in the near future, said Johanu Botha, a co-lead of the vaccine task force.

The government has also sent vaccination teams into long-term care facilities and congregate living buildings such as group homes. Health officials say almost 260,000 doses of COVID-19 vaccines have been administered, covering about 16 per cent of adults with at least one dose.