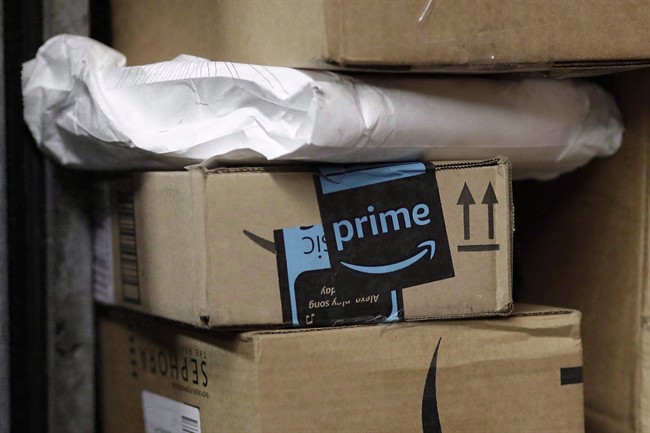 A package from Amazon Prime is loaded for delivery on a UPS truck, in New York on May 9, 2017. (THE CANADIAN PRESS/AP, Mark Lennihan)

Police received a call on Wednesday afternoon after a witness reported a theft that had just occurred in the first 100 block of Fallbrook Bay. Police say a male and female reportedly swiped a package and drove away. A description of the suspects and vehicle was provided to officers.

Shortly after, police located the suspects and vehicle in the area of Prince Rupert Avenue and Grey Street.

Officers took both people into custody and found numerous unopened packages in their possession, as well as approximately three grams of what appeared to be methamphetamine.

Further investigation linked the same suspects to other doorstep thefts in the same area.

Sage Albert William Talon Spirit Young, 30, of Little Bullhead, Manitoba, and a woman from Lester Beach, Manitoba have been charged with numerous offences.

All of the stolen property was returned to the rightful owners.

Police say when you’re expecting a package and won’t be home, you should consider having them delivered to a neighbour, friend or a secure location.