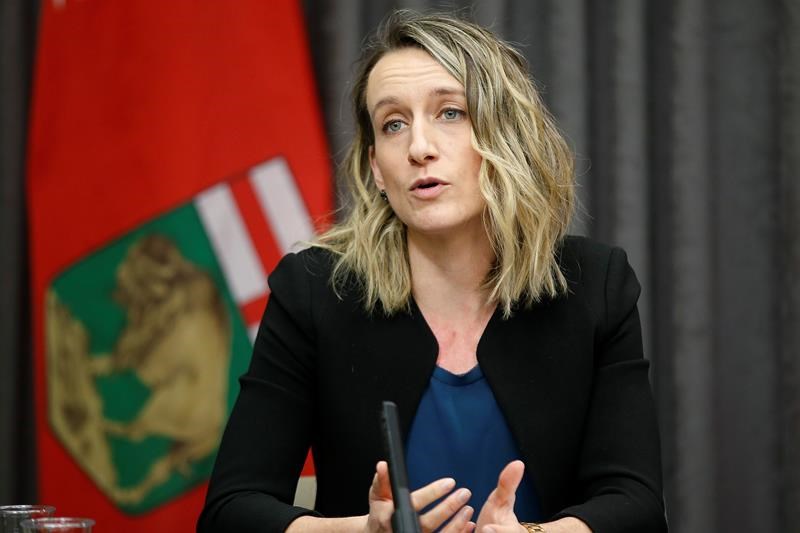 WINNIPEG — The Manitoba government is expanding its COVID-19 vaccine program to prioritize first responders, teachers and other front-line workers.

In addition to the province’s current age-based criteria for the general population, front-line police officers and firefighters of all ages are now eligible to book a shot, health officials announced Wednesday. That’s about 7,100 people.

The province also plans to reveal a list of high-risk geographic areas on Friday, and anyone 18 and over living in those areas will also be eligible. The hot zones will be determined by more than just recent COVID-19 case counts.

“We’re also going to be including … population density, proportion of racialized populations, the average income of that geography, and an assessment of housing in that geography,” Dr. Joss Reimer, medical lead of the province’s vaccine effort, said Wednesday.

People who don’t live in the high-risk zones, but who work in the area in certain jobs that involve contact with the public, will also be eligible.

Other workers, such as transit drivers, have asked for priority status. Reimer said that could happen later on.

“As the number of doses we have available expands, we do have the option of including (more) workers in the future,” she said.

The province estimates it will reach its target of giving at least one dose to 70 per cent of all adults by mid-June.

Manitoba has not seen the same recent surge in COVID-19 cases as Ontario and Alberta, but daily case counts have risen in recent weeks above the 100 mark.

Health officials reported 164 new cases of the virus Wednesday. Two earlier cases were removed due to data correction, for a net increase of 162. The province also reported one death — a man in his 50s from the Northern health region.