Home » The Canadian Press » ‘We Hope to Help a Little More’: Biden Says He Spoke to Trudeau About More Vaccines

‘We Hope to Help a Little More’: Biden Says He Spoke to Trudeau About More Vaccines 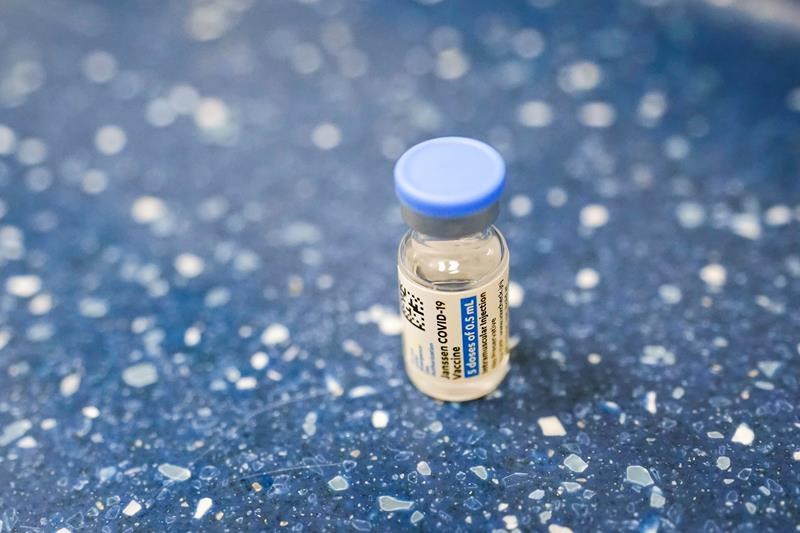 A vial with the Johnson & Johnson’s one-dose COVID-19 vaccine is seen at the Vaxmobile, at the Uniondale Hempstead Senior Center, Wednesday, March 31, 2021, in Uniondale, N.Y. (AP Photo/Mary Altaffer) 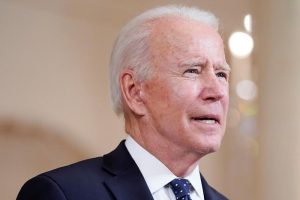 WASHINGTON — Canada can look forward to an unexpected shot in the arm from the United States, President Joe Biden suggested Wednesday as he hinted at plans to send surplus COVID-19 vaccines north of the border.

The U.S. is sitting on a stockpile of vaccine doses that it’s not currently using, Biden said — a likely reference to the Oxford-AstraZeneca shot, which Canada has approved but the U.S. has not.

“We’re looking at what is going to be done with some of the vaccines that we are not using … and we hope to be able to be of some help and value to countries around the world,” he said.

Then he mentioned a half-hour phone call Wednesday with Prime Minister Justin Trudeau, describing him as “a fella who is working really hard to take care of his country and deal with this.”

The White House characterizes those doses as a “loan,” reportedly in order to avoid running afoul of the language in the contracts that it signed with vaccine manufacturers.

“We helped a little bit there,” Biden said of Canada. “We’re going to try to help some more.”

A summary of the conversation provided by the Prime Minister’s Office said that in addition to vaccines, the two leaders also discussed Thursday’s international climate summit, the pandemic and the continuing detention in China of Canadians Michael Kovrig and Michael Spavor.

The White House version offered little added detail beyond an agreement to “collaborate on public health responses and global health security,” as well as to support access to and delivery of vaccines around the world.

“The president also condemned the arbitrary detention of Michael Kovrig and Michael Spavor and reiterated the commitment of the United States to stand strong with Canada to secure their release,” it said.

Biden said there are other countries he’s “confident” the U.S. will be able to help with vaccines as well, including in Central America, but he warned that Americans will continue to be the priority.

“It’s in process; we don’t have enough to be confident to send it abroad now, but I expect we’ll be able to do that.”

Biden made the comments at the tail end of a news conference announcing the U.S. had administered 200 million doses — a goal, originally 100 million, he had hoped to reach before next week’s 100th day in office.

None of those doses have been the AstraZeneca vaccine, however, which has yet to receive approval from the U.S. Food and Drug Administration.

Health Canada has said the vaccine is safe and effective for all adults despite a possible link to a very rare and treatable blood clot syndrome.

The National Advisory Committee on Immunization, a panel that provides non-binding advice on the use of vaccines, has yet to update its recommendation that the shot only be used on those over 55.

British Columbia, Alberta, Manitoba and Ontario have all approved the vaccine for people as young as 40 and in Quebec as young as 45.