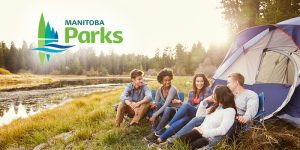 WINNIPEG — The Manitoba government is establishing a $20 million fund to support improvement and programming at provincial parks.

Premier Brian Pallister made the announcement on Thursday to coincide with Earth Day.

“Our provincial parks are precious assets that can never been taken granted. The natural beauty and recreational opportunities found in our parks has provided solace and relief for many Manitobans throughout the pandemic,” said Pallister.

The Provincial Parks Endowment Fund will be managed by The Winnipeg Foundation and is expected to generate as much as $1 million annually, Pallister added. Funds will be dispersed through a process involving citizen and stakeholder engagement to determine project priorities.

The province says the fund will help in offsetting the changing demands and increased costs of enhancing and sustaining provincial parks, including their critical infrastructure, but won’t replace existing provincial park funding.

The fund also encourages private and philanthropic contributions with a matching formula of one dollar for every two dollars donated.

Projects designated for the fund include developing and maintaining trails and boardwalks, improving amphitheatres, shelters, playground equipment, docks and boat launches, improving park roadways, habitat restoration and enhancements to increase the overall function and enjoyment of the parks.

Our parks are precious assets that can never be taken for granted. As we mark #EarthDay2021, our government is proud to invest $20 MILLION to preserve and modernize our provincial parks and enhance the visitor experience for the future. https://t.co/0RQlhwwZm8 pic.twitter.com/74Xfq3SEUv