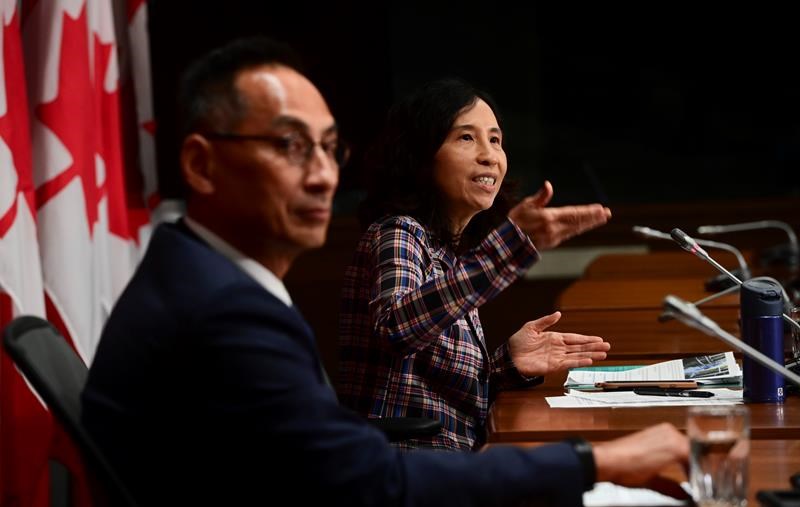 OTTAWA — Seniors are getting vaccinated in higher numbers for COVID-19 than they did for the flu, Health Canada data suggest.

Deputy Chief Public Health Officer Dr. Howard Njoo says almost nine in 10 Canadians over the age of 80 have now received at least one dose of a COVID-19 vaccine.

He also says at least one dose has been given to more than eight in 10 people in their 70s.

Health Canada’s annual flu shot survey found about seven in 10 seniors were vaccinated for this year’s flu season. That is similar to the vaccination rate for seniors last year as well.

“I think many people, obviously including our seniors, who were hard hit in the first and second waves (of COVID-19), recognize how important it is to be vaccinated,” Njoo said Thursday during the weekly briefly on Canada’s vaccination roll-out.

Njoo is also hoping the success of this vaccination campaign may lead to higher uptake of flu shots or other vaccines in the future.

“I would hopefully anticipate that there’s a sort of a knock on, or spillover effect, that people recognize that for the flu or for lots of other vaccine-preventable diseases, vaccination really is one of the most important public health tools,” he said.

Njoo said about 61 per cent of people in their 60s are now vaccinated with one dose, and 35 per cent of Canadians in their 50s.

He did not provide numbers for younger age groups and the data on the Health Canada website are almost two weeks out of date.

Nationally, close to 12 million Canadians have been given at least their first dose of vaccine, with close to a quarter million doses now being injected every day.

Almost one-third of Canadians now have received one dose, and about three per cent have had two.

Canada’s COVID-19 vaccination coverage for seniors is comparable to, or closing in on, that seen in the United States and the United Kingdom, at least as far as getting one dose goes.

Both countries have been among the world leaders in vaccinations since the first vaccines were approved in December. Canada initially dragged far behind but has been gaining ground in April. It is now vaccinating at a faster rate than the U.K. and almost as fast as the United States.

The U.S. has vaccinated about 30 per cent of its population with one dose, and 43 per cent with all required doses.

Among American seniors over the age of 65, 82 per cent have received at least one dose, and 68 per cent are fully vaccinated.

The U.K., which has delayed second doses up to 12 weeks, is leading the way with 96 per cent of people over the age of 80 vaccinated with at least one dose, and 95 per cent of those between 70 and 79.

The U.K. has given at least one dose to half its population now, and 20 per cent are fully vaccinated.

← Previous: Winnipeg Restaurants Rolling Out the Dough for La Pizza Week Next: 'The Beer Can' on Solid Ground at the Granite →
Tags: Canada | Coronavirus | Health | Ontario | Ottawa