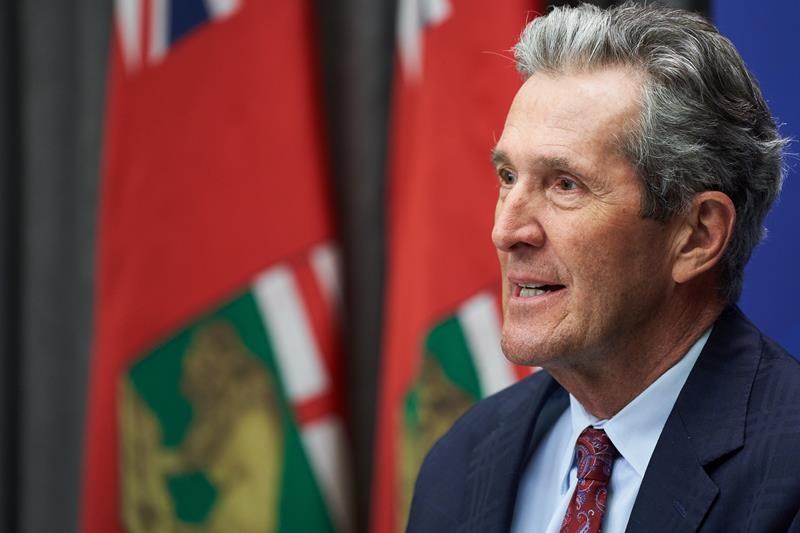 Anyone 18 and older who is pregnant, who receives community living disability services or who works in any health-care setting — including outpatient locations and the province’s vaccine warehouse — can now book an appointment.

The province also broadened eligibility for the Oxford-AstraZeneca vaccine, which is available through medical clinics and pharmacies, to some people under 40. Newly eligible are those 30 to 39 with underlying health conditions, including severe obesity, chronic liver disease and HIV.

The changes came as the province reported 295 new COVID-19 cases and one death. Five earlier cases were removed due to data correction for a net increase of 290.

“When we’re looking at our seven-day averages, our (case) numbers have increased by 33 per cent per week,” Atwal said.

New restrictions that were imposed Wednesday on household visits, religious services and other gatherings should help avoid the kind of spike that occurred in the fall, when daily case counts exceeded 400 and the need for intensive care beds was well above normal capacity, he said.

But the curve won’t bend immediately.

“It’s going to take seven, 10, 14 days to really see the benefits of those restrictions on case generation,” Atwal said.

The province is also working on a plan to allow teachers to drive into North Dakota, where vaccines are plentiful, to be inoculated. Currently, Manitoba teachers are only prioritized for vaccines if they live or work in hot zones such as the province’s north and core areas of Winnipeg and Brandon.

Brian Pallister announced the plan Thursday as an addition to an existing program for truckers who cross the border. North Dakota Gov. Doug Burgum’s office said Friday the idea was still a work in progress.

“Gov. Burgum and Premier Pallister spoke directly about this topic via phone midday Wednesday, and the governor was receptive to the concept,” Mike Nowatzki, Burgum’s communications director, said in an email.

“Since then, our teams have been working out the details and logistics, and we hope to have more information to release next week.”

The plan would require the federal government to add teachers to the list of essential workers exempt from mandatory 14-day quarantines after returning from another country.

“I believe conversations are still very much ongoing around waiving quarantine requirements. That’s something that I think all Canadians have a little concern around,” Prime Minister Justin Trudeau said in Ottawa.

The federal health minister’s office noted that teachers can be given priority for vaccines within any province.

“We’ve provided over 550,000 COVID-19 vaccines to Manitoba, who are responsible for deciding priorities amongst their population. Some provinces have prioritized education workers for vaccines,” Cole Davidson, spokesperson for Health Minister Patty Hajdu, wrote in an email.