Manitoba Churches in Court to Fight Against COVID-19 Restrictions 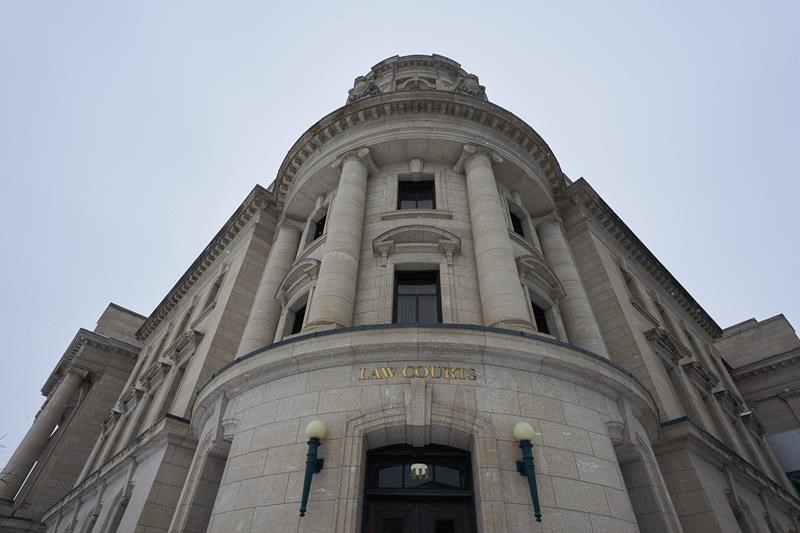 The Law Courts are shown in Winnipeg on Tuesday, Dec. 15, 2020. (THE CANADIAN PRESS/David Lipnowski)

WINNIPEG — A religious leader has told court he cannot force worshippers attending his Manitoba church to follow public-health orders aimed at curbing the spread of COVID-19 because it is “God’s jurisdiction.”

“We have no authority scripturally based and based on Christian convictions to limit anyone from coming to hear the word of God,” said Tobias Tissen, a minister at the Church of God Restoration.

Seven Manitoba churches are in Court of Queens ‘s Bench in Winnipeg this week to fight the province’s COVID-19 restrictions.

The Justice Centre for Constitutional Freedoms, a Calgary-based group representing the churches, has said the restrictions are unjustified violations of charter-protected freedoms.

The churches are arguing their right to worship and assemble has been breached, which has caused “a crisis of conscience, loneliness, and harm to their spiritual well-being.”

Under current health orders, in-person worship services in Manitoba are restricted to 10 people or 25 per cent capacity — whichever is less — and everyone is required to wear a mask.

Tissen, who is a minister at the church just south of Steinbach in rural Manitoba, was the first person to be questioned at the hearing, which is to take place over two weeks.

Tissen and his church have been fined numerous times for violating the restrictions.

Videos of services at the Church of God in January were entered in court and show people singing, hugging and going without face masks despite restrictions in place at the time that required churches to remain closed.

Denis Guenette, a lawyer for the province, also questioned Tissen’s presence as a speaker at multiple protests against restrictions in Manitoba and other provinces.

Images shown in court of the rallies depict hundreds of people standing close together without wearing masks.

Following his testimony Monday, Tissen joined at least 100 protestors in support of the legal challenge outside the courthouse. Health orders restrict public outdoor gatherings to a maximum of 10 people.

In a previous hearing, provincial lawyers told court it’s within the bounds of the legislature to grant the chief provincial public health officer authority to impose reasonable restrictions.

Court also heard from Jay Bhattacharya, a professor at Stanford University Medical School who has become known for speaking against lockdown measures in the United States. He has also criticized chief medical adviser Dr. Anthony Fauci’s support of restrictions.

He provided an affidavit to court for the churches saying governments could have less intrusive restrictions.

Bhattacharya, who testified by video from California, was questioned about his expertise and whether it should be applied to the case.

Heather Leonoff, a lawyer for the province, pointed out that while Bhattacharya has a PhD in economics and a medical degree, he is not licensed to practice medicine.

The often-confrontational cross-examination went through Bhattacharya’s published research and Leonoff questioned whether he had any specific understanding of the situation in Manitoba, specifically with COVID-19 outcomes among Indigenous people.

Bhattacharya was also questioned about his argument that asymptomatic spread is rare and that that’s a reason for why restrictions should be loosened.

The hearing will continue Tuesday.

The constitutional challenge is the latest in a string of attempts by churches across the country to quash COVID-19 restrictions on religious gatherings. The Justice Centre has filed similar challenges in British Columbia and Alberta.

In December, Joyal rejected a case brought by Springs Church in Manitoba to hold drive-in services while there were restrictions on public gatherings and in-person religious events.

That church faced more than $32,000 in fines for services at the time of the hearing.

In Alberta, a pastor is currently on trial for violating public health orders in that province.

Pastor James Coates, of GraceLife Church, spent a month in remand for violating a bail condition not to hold church services. He was released in March.