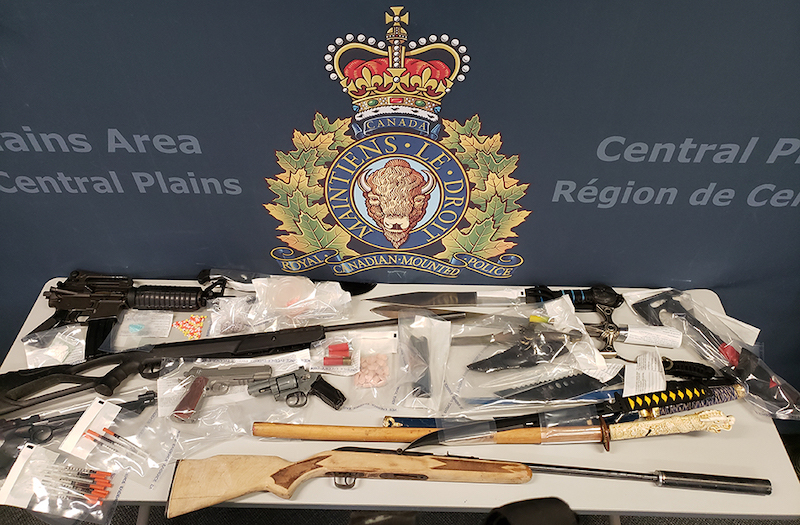 Four people were arrested last Friday when RCMP executed a search warrant at a home in Portage la Prairie.

Officers descended on a residence on Mobile Street at around 3:15 p.m. and seized 27 grams of fentanyl, 6 grams of cocaine, an undetermined amount of heroin, several loaded needles, a semi-automatic rifle affixed with a prohibited suppressor, several knives, and some BB and Airsoft guns.

A 45-year-old woman and an 18-year-old man were arrested and released without charges.