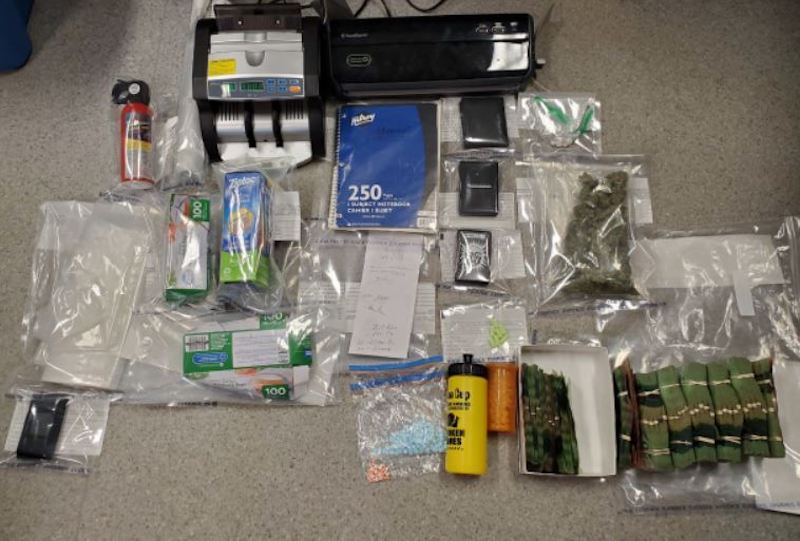 Items seized as part of a drug trafficking investigation in Thompson, Manitoba in April. (RCMP HANDOUT)

Manitoba RCMP have seized drugs and other items connected to a warehouse in Thompson.

Police say the culmination of the four-month-long investigation resulted in a search warrant being executed at a warehouse connected to a local business on April 2.

The Severn Crescent location was believed to have ties to drug trafficking and organized crime.

Officers seized a large number of illicit pills, a large sum of cash, a large safe encased in concrete and drug-related paraphernalia.

As part of the investigation, an apartment on Princeton Drive in Thompson was searched on April 30, where RCMP seized approximately 315 grams of cocaine, illicit pills, cash and drug-related paraphernalia.