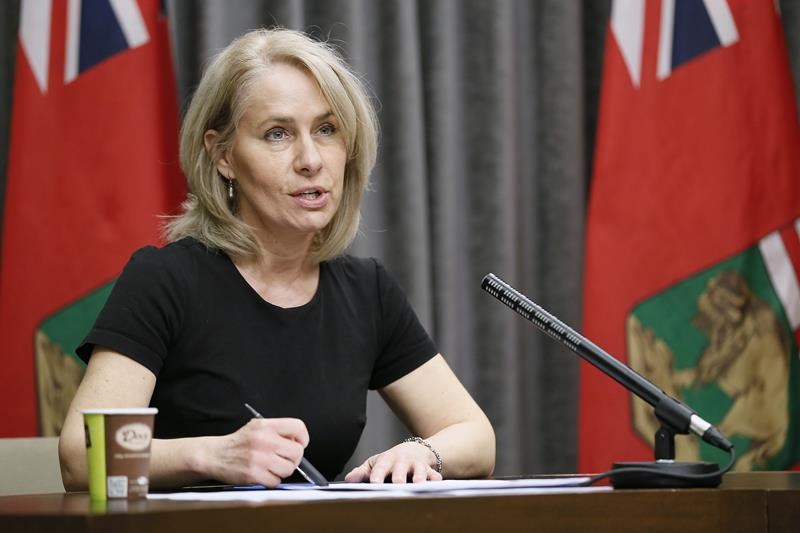 WINNIPEG — Manitoba’s chief nursing officer has told court that hospital staff were exhausted as they faced tough decisions during the second wave of the COVID-19 pandemic.

Seven Manitoba churches are in Court of Queens’s Bench this week fighting public health orders meant to stem the spread of the COVID-19 virus.

“We had never done anything like this before,” Lanette Siragusa said Wednesday.

She testified that she was supportive of Manitoba’s public health response to the pandemic, but clarified she is not responsible for the orders.

The Justice Centre for Constitutional Freedoms, a Calgary-based group representing the churches, has said the health measures are unjustified violations of charter-protected freedoms.

The churches are arguing that their right to worship and assemble has been breached, which has caused “a crisis of conscience, loneliness, and harm to their spiritual well-being.”

In-person worship services in Manitoba are restricted to 10 people or 25 per cent capacity — whichever is less — and everyone is required to wear a mask.

Provincial lawyers have told court it’s within the bounds of the legislature to grant the chief public health officer authority to impose reasonable rules.

Court heard provincial health officials had been in contact with physicians in Wuhan, China, early last year when the pandemic was emerging to talk about what was happening in hospitals there. Siragusa said they began to make plans knowing that infections could put intense pressure on health care in Manitoba.

She was questioned about strain on hospitals, specifically on intensive care capacity. Jared Brown, a lawyer for the churches, questioned why Siragusa cited 72 intensive care beds when asked about capacity prior to the pandemic, when data he was provided by the province said there were 86.

She responded the extra beds were specifically for cardiac patients.

Brown also questioned Siragusa about a delay in 16,000 elective surgeries.

The chief nursing officer responded that medical experts and surgeons were making decisions about which surgeries to delay and there were no public health orders to that effect.

“Those were really hard decisions that we had to make as a health system and it was not comfortable for anyone,” she said.

Brown also asked about the effect on hospitals due to mental-health issues and addictions during the pandemic. He showed court research suggesting stark increases in hospitalizations for substance-use disorders and intentional injury.

Siragusa responded that she oversees the health system and capacity for COVID-19, and others make decisions involving hospitals in the areas Brown raised. However, she said, she would not be surprised by increasing pressures due to mental health and addictions.

The constitutional challenge is the latest attempts by churches across the country to quash pandemic restrictions on faith gatherings. The Justice Centre has filed similar challenges in Alberta and British Columbia.

In Alberta, a pastor accused of violating public health orders has been on trial this week.

Chief Justice Glenn Joyal said there have been many requests from the public to observe the Manitoba case, which has largely taken place virtually.

He said the numbers allowed to watch virtually far exceeds those who would have been allowed in the courtroom.

But Joyal warned Wednesday that some people are treating court staff in a rude, provocative and accusatory way.

“I will not tolerate that.”