By Denise Paglinawan, The Canadian Press 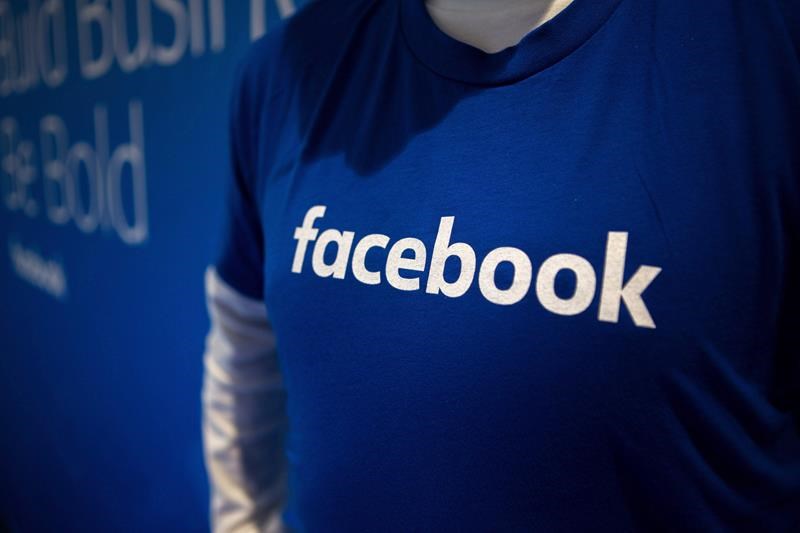 Guest are welcomed by people in Facebook shirts as they arrive at the Facebook Canadian Summit in Toronto on Wednesday, March 28, 2018. (THE CANADIAN PRESS/Chris Donovan)

“Social media is huge for our business in terms of advertising, just to be able to get the word out about us,” said the owner of Milksmith Ice Cream in Winnipeg.

However, some small business owners say that effectiveness is now in doubt after Apple’s latest changes to its smartphone software.

Anyone who’s ever searched out a product online and seen ads for that same item follow them from browser to social media to news app has witnessed the tracking in action.

Facebook, which owns Instagram, opposes Apple’s changes and recently warned that small businesses who pay to advertise on social media platforms will lose their ability to target ads efficiently.

“Many small businesses will no longer be able to reach their customers with targeted ads” with the iOS changes, Facebook CEO Mark Zuckerberg said during the company’s 2020 Q4 earnings call.

Back in Winnipeg, Liebl said she has used Instagram promotional posts to target local audiences to get information out about her business.

“It’s been critical for us during the pandemic… I feel like if we weren’t able to do that anymore, we wouldn’t have such an audience reach,” she said.

Although the target audience of Toronto-based Bluefox are potential immigrants from countries like India and Nigeria, where iPhones are not as predominantly used as in North America, marketing director Nikhil Kumar said there can still be an impact on how the startup connects with many iPhone users.

“As a small business, we try to use data from Facebook to basically increase our audience and increase the engagement,” he said.

Kumar said he’s worried the iOS update will limit this and the company won’t be able to reach people with certain interests on social media, which he uses for most ad campaigns.

“For example, in our ads on social media, we use international education as one of the interests,” he said, adding that the update can hinder Bluefox from reaching its usual audience because people will “of course” opt-out.

“If that data is missing, the ads will not have that impact.”

Raymond Tong in Vancouver has similar concerns with the future of ad campaigns for Callia Flowers, where he works as the lead of marketing.

The online flower delivery business uses social media ads to acquire new customers, which Tong said has been a big focus for them this year.

“This is to reach as many Canadians as possible, not only to make awareness for our brand but also to really tap into Facebook’s algorithms to determine who the best people we should be reaching (are),” he added.

Identity and privacy expert Andre Boysen called Apple’s privacy feature a “real enabler” on having consumers have control over their data.

“You can make the decision on whether or not you want to share it,” said Boysen, a senior fellow at Centre for International Governance Innovation and SecureKey’s chief identity officer.

In a video posted last Monday, Apple said “some apps have more trackers embedded in them than they need.”

“They collect thousands of pieces of information about you to create a digital profile that they sell to others. These third parties use your profile to target you with ads, and they can also use it to predict and influence your behaviours and decisions,” the company said.

Facebook Canada said it has more than 10 million active advertisers across its services — most of which, it said, are small and medium-sized businesses. Almost 98 per cent of the social network’s total revenue in 2020 came from advertising.

“Facebook has always made money on data about you and I without telling us,” said Boysen.

The new privacy feature doesn’t mean that people won’t see advertising on their iPhones anymore, but that apps won’t be able to use personal data to send targeted ads, said Boysen.

“In the old days, before we had this ability to do very specific targeted advertising, we all saw the same advertisements when we watch television,” he said.

Social media ads have been critical to Callia’s paid media strategy and changes to ad campaigns on such apps might make them not as effective as they previously were, said Tong.

“So we’re leveraging more and more of our first-party data instead to kind of combat that,” he said.

The “hit rate” or effectiveness of ads will likely go down because businesses will not exactly know who is seeing their ads, Boysen acknowledged.

← Previous: Manitoba Lowers Vaccine Eligibility to 45+, Those 18+ Can Book by May 21 Next: Jets Clinch Playoff Spot with 4-0 Win Over Flames →
Tags: Canada | Technology | Winnipeg