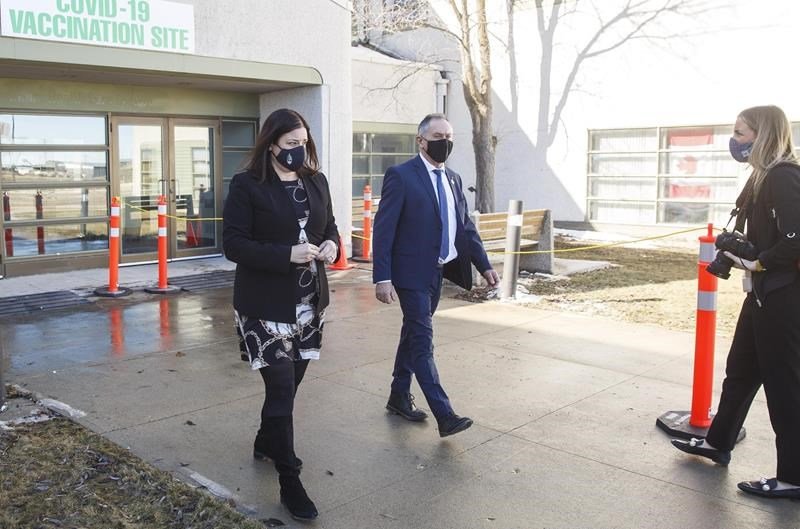 Health officials have announced 363 new cases — the highest daily number since the second wave of the pandemic in the winter.

The province also reported four deaths, three of which were linked to the variant first detected in the United Kingdom.

The percentage of people testing positive has also been on the rise: the rate averaged over the previous five days is 9.1 per cent provincially and 10.4 per cent in Winnipeg.

The New Democrats and Liberals want stricter measures to slow the spread of the virus.

Health Minister Heather Stefanson says the province has been making plans to address rising cases and will reveal them soon.

“While Manitoba has implemented some of the most stringent restrictions and enforcement measures in the country, planning for an increase in cases and hospitalizations has been ongoing in the event that current measures were not sufficient,” Stefanson said in a written statement Thursday. It did not mention any specifics.

“Public health and health-system officials have been developing these plans over a considerable period of time and will be sharing them with the public in the near future.”

The rising daily case count could be even slightly higher, as some test results in recent days have been delayed beyond the usual standard 48 hours or less.

“That turnaround time increased to between 48 and 72 hours over the past few days due to a surge in tests and an equipment issue which delayed some testing of samples,” the Health Department said in a written statement.

A small number of tests — less than five per cent — have taken more than 72 hours, the department added.

Opposition NDP Leader Wab Kinew called on the province to add more restrictions to its health orders and to release more data to show where the virus is spreading.

Public health officials have said that while there have been cases of COVID-19 in schools, most transmission among school-age children is occurring at home or at social gatherings.

Current public health orders require stores, museums and churches to operate at reduced capacity. Restaurants must allow only members of the same household to sit together at indoor tables.

Outdoor public gatherings are capped at 10 people. Most household social visits are forbidden, with some exceptions for people who live alone.