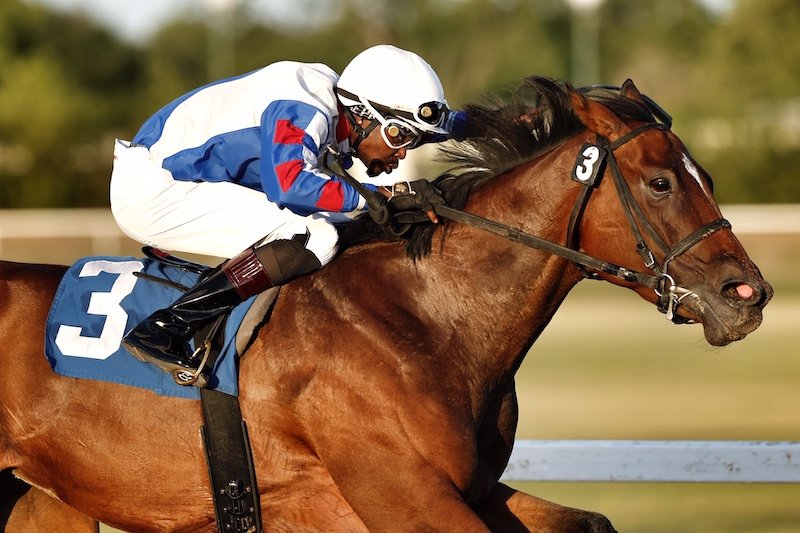 Antonio Whitehall was not going to take any chances. The 27-year-old 2020 champion jockey at Assiniboia Downs decided he was not going to return home to Bridgeport, Barbados this offseason and instead stayed in Winnipeg to make sure he wasn’t shut down if COVID-19 forced the federal government to keep the borders closed.

It was a brilliant decision for a number of reasons. First and foremost, Whitehall home in Winnipeg with his girlfriend, Ria Waithe, and their 11-month-old son Kyro, getting set for a new racing season, while a number of his friends from the Caribbean were not allowed back into Canada to ride this spring. At ASD, there is currently a jockey colony of about 12 riders, including seven rookies and one apprentice.

As the defending champion rider, Whitehall is the king of a small, potentially lucrative hill.

“Yeah, I stayed in Winnipeg and it was the right thing to do,” Whitehall said this week, as he prepared for the opening of the 2021 Assiniboia Downs live racing season next Monday night at 7:30. “I finished riding on Nov. 8, at Century Mile in Edmonton and then I came back here. I just stayed with family because we were in lockdown and I didn’t want to go back to Barbados and then not be able to fly back to Canada. I told my girlfriend last July that you’re going to have to stay in Winnipeg this year because if I go home there is a good chance I won’t be able to come back and I’ll be stuck like the other guys.

“So, we sacrificed going home to the nice weather and our family and friends and stayed here for the sake of the business. We had to go shopping so my girlfriend could get a coat. This was my first winter in Canada. I have experienced snow before. When I came here in March, it was covered in white and there was snow everywhere. Winnipeg was the first place I’d ever experienced snow, but this was the first time I’ve experienced an entire winter in Canada. We had to do some shopping.”

Last year, Whitehall was overwhelmingly successful. For example, he won the 2018 ASD jockey title with just 41 wins. Last summer, he finished with 74 victories, 54 seconds and 58 third-place finishes on a track-leading 299 mounts. He earned a whopping $705,869 for his owners.

However, he also finished second in the jockey race at Edmonton’s Century Mile as he and a small group of jocks would fly back and forth between Winnipeg and Edmonton to race at both tracks. At Century, he had 251 starts and won 43 races with 31 seconds and 41 thirds. In Edmonton, he won $465,100 for his owners.

“It was an incredible accomplishment though not that surprising,” said ASD CEO Darren Dunn last fall. “Antonio has a huge work ethic and such a natural talent in the saddle. He deserves this milestone as he arrived in early March laser-focused on regaining his leading rider title from 2018.”

Of course, Whitehall had to think ahead last year, as well. In March of 2020, he decided to get to Manitoba early from his home in Bridgeport, the capital city of Barbados. The then-26-year-old jockey wanted to get to spring training early in order to get into top shape, but he also had a good idea that the coronavirus pandemic might cause border slowdowns and travel shutdowns. So, he told his friends and family that he was heading to Winnipeg earlier than usual.

The decision certainly paid off.

“Last year was my best year in the saddle,” he said. “I had to turn down rides. My agent in Winnipeg, Shane Ball, was getting offers for me to ride three and four horses in each race. Then, in Edmonton, my agent was Bob Fowlis, who also does a good job got me lots of business.”

Whitehall, who first arrived in Winnipeg in 2016, started his career riding dressage horses and showjumpers when he was 15. Now, however, he’s a full-time jock living in Canada and riding in both Edmonton and Winnipeg.

“I’m basically a Canadian rider now,” Whitehall said. “And I just want to thank everybody, the owners and trainers in Winnipeg and Edmonton, who rode me last year. People were so good to me last year and I’m just really excited about the coming season.”

← Previous: RCAF Turns to Foreign Pilots to Help with Shortage as Commercial Aviators Stay Away Next: VIDEO: Former Jet Scott Campbell on How Winnipeg Can Turn Things Around →
Tags: Assiniboia Downs | Winnipeg