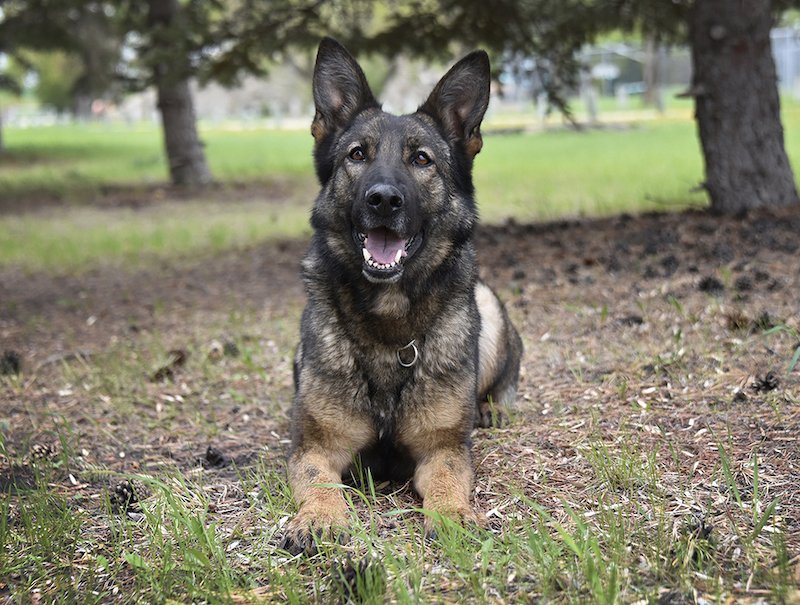 Jolt, an RCMP police dog, is being credited with tracking down a suspect involved in an armed vehicle robbery in Portage la Prairie on Sunday, May 9, 2021. (RCMP HANDOUT)

One man was arrested and another is still on the loose following an armed vehicle robbery in Portage la Prairie on Sunday.

Just before 10 p.m., a 14-year-old girl was pepper-sprayed and forced from the passenger seat of a vehicle she was waiting in outside a residence on Dufferin Avenue West.

Police say the teen was waiting for her father when two men approached her, forced her from the car and drove away.

A police dog, named Jolt, was brought in and was able to track one of the men to 4th Street NE, where he was found walking northbound. During the arrest, he attempted to grab a knife from his pocket but was restrained.

The second man has yet to be arrested and RCMP continue to investigate.

The 14-year-old girl was treated for her injuries and released.