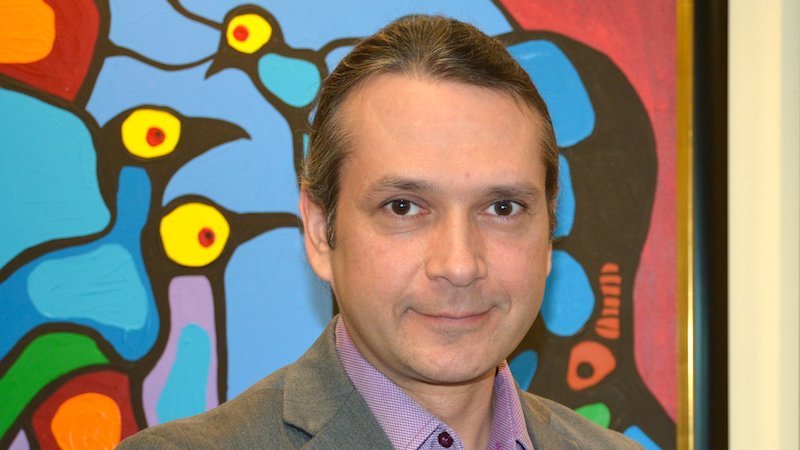 At the top of Monday’s show, Hutchinson recapped his two days off alongside co-host Nicole Dubé when he said, “It was a great weekend, I had, you know, met some friends that I didn’t expect to meet, against the restrictions. I guess I broke the law a little bit.”

An inquisitive Dubé asked Hutchinson what he had done, to which he admitted, “Nowadays with all the restrictions, you go over to somebody’s house and you’re in the bad place. I think everybody’s feeling a bit tough this morning and it was a tough weekend.”

A video clip of the exchange quickly appeared on social media, generating a mostly negative reaction from viewers. It also appeared on the website Reddit, where more than 150 comments were posted.

Hutchinson wasn’t on the air for the remainder of Monday’s show, with co-host Katherine Dow filling in. Dow was also present Tuesday sitting alongside Dubé.

Hutchinson apologized on-air Tuesday morning via Skype. He says he will be working from home for the next two weeks.

You can read his full statement below:

Good morning. First off, I would like to apologize to all those who have been diligent in following the public health orders, as well as the front line workers who have been keeping us all safe and healthy. I’d also like to apologize to all Manitobans as well as my CTV team and the “CTV Morning Live” team. My family and I have been very careful to follow the restrictions. For example, we didn’t see my mom or my mother-in-law over the weekend or during Mother’s Day. As a family, we’ve been staying home as much as possible, except of course, for work and school. I fully can see that I made a mistake with a friend’s visit and accept all responsibility if this constitutes a breach of COVID restrictions. I will return to ensuring that my family follows all rules and restrictions related to the pandemic. I also apologize if I came off as flippant. I mentioned it because I am usually a law-abiding person and I like to help people. So it was a concern for me that in my efforts to help those around me, I broke the rules. I sincerely apologize to the CTV audience, those on the front lines of the pandemic and my co-workers. I will be staying home for the next two weeks to ensure that my work environment is safe and I have not brought anything back to the workplace. Thank you for listening to me.

Hutchinson became co-host of “CTV Morning Live” in January and was previously a host of APTN National News for seven years and produced APTN’s sit-down interview show, “Face to Face,” and APTN’s version of “Politically Incorrect, The Laughing Drum.”

Hutchinson, a citizen of the Misipawistik Cree Nation in the Treaty 5 territory, is also an author of three children’s books.