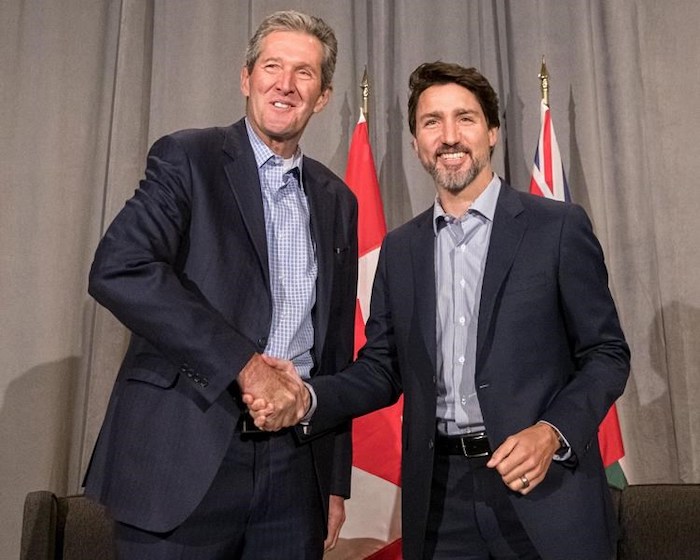 Manitoba needs up to 50 critical care nurses, 20 respiratory therapists and up to 50 contact tracers from Statistics Canada, Premier Brian Pallister said after talking with Prime Minister Justin Trudeau on Friday.

“This is going to be, we hope, a temporary thing and a short-term thing, but the sooner we get a little bit of backup help here, the better,” Pallister said.

Manitoba is in the grip of a third pandemic wave and has record numbers of new cases and people in intensive care.

There were 595 more cases of COVID-19 and three more deaths Friday. The five-day test positivity rate has grown steadily in recent weeks and stood at 14.1 per cent provincially and 16.1 per cent for Winnipeg.

Five intensive care patients were sent to Ontario to free up bed space this week.

“All of our resources are being stretched,” said Lanette Siragusa, chief nursing officer. Incoming health-care workers would be immediately deployed to three hospitals in Winnipeg that have intensive-care units, she added.

Pallister said officials from the two levels of government have been discussing the idea for about a week. He said the prime minister was supportive of the idea.

“I thanked him for that and, clearly, we’re not asking for anything that others haven’t already needed,” he said, referring to help received in some provinces hit earlier by the third wave. Dozens of health professionals from the military and Canadian Red Cross were deployed to Ontario and Nova Scotia last month.

The prime minister’s office confirmed receiving Manitoba’s request for additional federal assistance and committed to working with the province to provide additional supports.

Siragusa said the third wave has been unique because patients are younger and require longer stays at the hospital.

Dr. Jazz Atwal, deputy chief provincial public health officer, said the health system is at a critical juncture and he implored people to get their vaccinations.

A review found there were 331 people hospitalized for COVID-19 between May 1 and 16. Of those, 82 per cent had not received a vaccine. Of those who were vaccinated, the majority had been infected before or within 14 days of getting a dose.

Almost half were people under the age of 50, Atwal said.

Atwal added that many people had not even been tested for COVID-19 before they were ending up with severe complications in the hospital.

Winnipeg Mayor Brian Bowman, who spoke separately with Trudeau Friday, said he is disappointed with the provincial government’s pandemic response to date.

Physicians across Manitoba warned weeks ago that growing COVID-19 cases would put a heavy strain on hospitals.

“Every week (the government is) reacting to rising case counts, when doctors and many in our community, myself included, have said we need strong proactive measures,” Bowman said.

The mayor reiterated calls to increase fines for people who break public health orders. He also said non-essential retail businesses should be closed. Stores are allowed to remain open at 10 per cent capacity.

The Opposition New Democrats said the government should have expanded intensive care capacity long ago.

“The government could have been proactive and trained people, hired people, done the preparation throughout the first and second wave of the pandemic,” NDP leader Wab Kinew said.

Health officials also announced that all Indigenous people in the province would be able to start booking appointments for their second dose of vaccinations starting Monday.

Dr. Marcia Anderson, who is the public health lead for First Nations, said First Nations people have made up 40 to 60 per cent of admissions to intensive care during the second and third waves.

“Getting fully vaccinated will provide a greater level of protection to you as an individual, to your loved ones and to your community.”