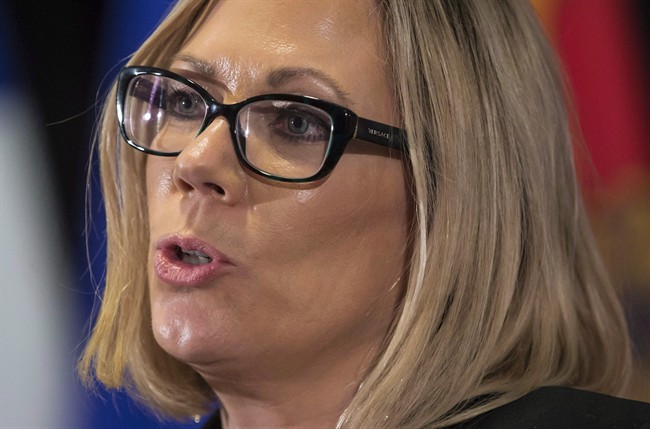 Manitoba Minister Rochelle Squires responds to a question during a news conference after a Canadian Council of Ministers of the Environment meeting in Vancouver on November 3, 2017. (THE CANADIAN PRESS/Darryl Dyck)

WINNIPEG — The children’s advocate in Manitoba will be able to investigate more deaths and serious injuries of children.

Families Minister Rochelle Squires says the province is expanding the advocate’s mandate to also review deaths of kids who were receiving services for mental health, addictions or the justice system.

The change comes into effect June 1.

The Advocate for Children and Youth Act came into force in 2018 but, at the time, the Progressive Conservative government gave the office the authority to only investigate deaths and injuries related to kids in care.

Ainsley Krone, the acting advocate, says the office is notified of many incidents that they are unable to investigate because they fall out of scope.

She says the change will be important to keep kids safe and to help prevent future deaths.