Manitoba COVID-19 Patient Being Transferred to Ontario Dies After Turnaround 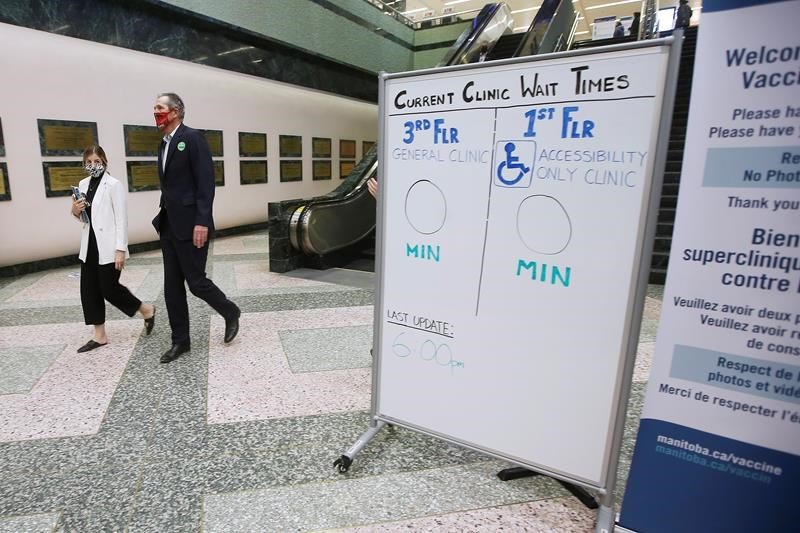 WINNIPEG — A critically ill COVID-19 patient who was being transferred out of Manitoba’s crammed intensive care to a hospital in Ontario has died.

Shared Health, the body that co-ordinates clinical care in Manitoba, said Wednesday the patient became unstable at some point before takeoff earlier this week and was turned back.

“The patient was provided with care by the critical care transport team and immediately returned to the sending facility,” Shared Health said in a written statement.

“We can confirm the patient passed away the following day.”

The statement did not clarify whether the patient was in an ambulance or on board a plane on a runway when he or she became unstable.

“Rapid deterioration and death of COVID-19 patients requiring critical care is not uncommon and cannot be predicted, whether in the (intensive care unit) or during transport.”

The third wave of the pandemic has led to more than 120 people in Manitoba intensive care beds, including non-COVID patients — well above the pre-pandemic capacity of 72.

Manitoba has sent 23 of its sickest COVID-19 patients to other provinces to free up ICU bed space.

Elective and non-urgent surgeries have been cancelled and nurses have been moved from other areas into intensive care. Six physicians, warning that Manitoba’s health care is on the brink, this week called for a stay-at-home order to reduce the spread of the virus.

The Opposition New Democrats said the Progressive Conservative government failed to prepare hospitals for the pandemic and has left patients at risk.

“Would this Manitoban have passed away if they had not been moved?” NDP Leader Wab Kinew said.

“There is a legitimate question to ask as to whether this person would have survived had they been allowed to remain in the intensive care unit bed that they were in.”

Premier Brian Pallister said the number of intensive care beds, with the recent expansion, is well above what it was under the former NDP government.

He also said an influx of up to 50 critical-care nurses and other workers provided by the federal government will help matters.

“My understanding from health officials was that this will reduce the need for out-of-province transfers to occur,” Pallister said.

There were signs Wednesday that the third wave may be abating. Health officials reported 312 new cases — down from a peak of 603 last week — and one death. The percentage of people testing positive, averaged over five days, dropped slightly to 13.3 per cent provincially and 15 per cent in Winnipeg.

The province also expanded eligibility for second doses, which had previously been available only to Indigenous people, care-home residents and people with certain medical conditions, including heart failure and Down syndrome.

Appointments are now available to anyone who received a first dose on or before March 29.