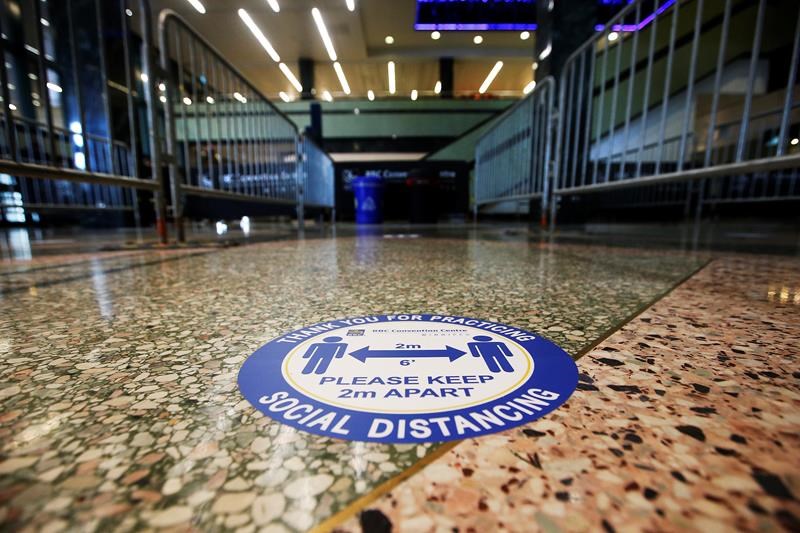 A social-distancing sign is shown at Manitoba’s COVID-19 vaccination centre at the RBC Convention Centre in Winnipeg on Friday, Jan. 1, 2021. (THE CANADIAN PRESS/John Woods)

UPDATE: Manitoba Hydro investigated the incident but couldn’t locate a natural gas leak after conducting a site survey. The RBC Convention Centre was reopened to the public at around 3:30 p.m. Anyone with vaccine appointments from 4 p.m. onwards wasn’t impacted.

WINNIPEG — The RBC Convention Centre in downtown Winnipeg was evacuated Monday afternoon due to a possible gas leak.

Winnipeg police tweeted the news just before 2 p.m. and asked the public to avoid the area.

The location is currently being used as one of the province’s COVID-19 vaccination supersites.

“Due to a suspected gas leak, anyone who has an appointment at the RBC Convention Centre vaccine super-site is asked to not come to their appointment until further notice. Additional info, including when the building is able to safely reopen, will be provided as soon as possible,” the province tweeted.

In a release, the province said the building will remain closed for approximately two hours while Manitoba Hydro and the Winnipeg Fire and Paramedic Service assess the situation. Traffic outside of the building is also being affected and may be rerouted.

Individuals who had appointments booked for today and are affected will be contacted directly. Alternatively, those people impacted can reschedule their appointment by phone or online.

Update from Convention Centre: After completing a leak survey of the entire premise no release of natural gas was detected.