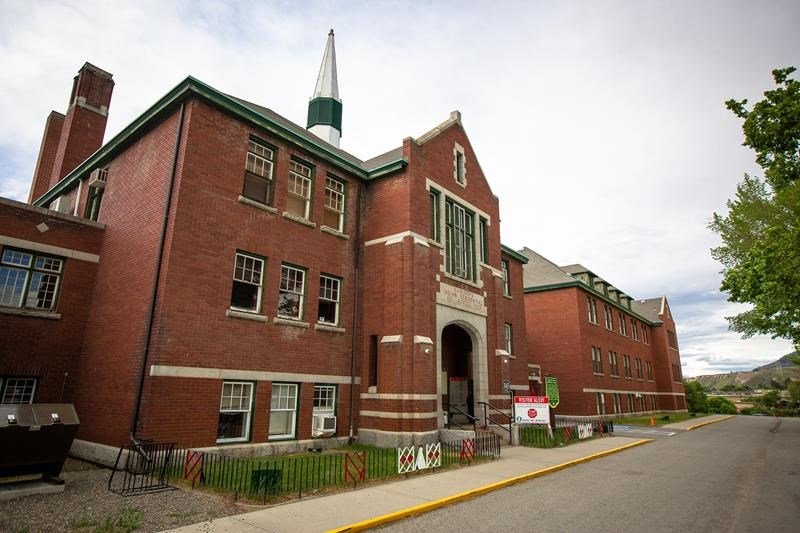 OTTAWA — As memorials with tiny shoes have elicited cries of grief across the nation, Prime Minister Justin Trudeau and his government are facing tough questions about why little has been done to implement recommendations released six years ago to find and document the unmarked graves of Indigenous children.

Speaking in sombre tones at a virtual event in Ottawa Monday, Trudeau reflected on the recent discovery of the remains of 215 children on the grounds of the former Kamloops Indian Residential School, calling it “heartbreaking news.”

He said he is “appalled” at the “shameful policy” that ripped Indigenous children from their families and placed them in residential schools — a collective ordeal that the Truth and Reconciliation Commission found in 2015 amounted to a “cultural genocide.”

But when pressed for details about precisely what Ottawa is prepared to offer by way of support to find, identify and memorialize thousands of children who died at residential schools, Trudeau remained vague.

“There is obviously more to do and I think there will be more that we will do,” he said.

A national student death register has since been created, which currently contains 4,118 children, and is being maintained by the National Centre for Truth and Reconciliation. The centre notes that research efforts are ongoing and the number of children listed is expected increase over time. The centre says it began this work thanks to a “a one-time funding contribution” from the federal Department of Crown-Indigenous Affairs.

The National Chief of the Assembly of First Nations, Perry Bellegarde, says this funding commitment falls woefully short of what is needed. Calling the tragic discovery in Kamloops a “catalyst,” Bellegarde says it’s time for the Liberals to immediately dedicate more resources, both financial and human, to fully investigate all Indigenous child deaths at residential schools.

“I’ve been getting a lot of texts, a lot of phone calls (from) survivors, chiefs, leadership, saying this has to be further researched and investigated. Kamloops was one school. There were over 130 residential schools that were operating across Canada,” Bellegarde said.

“You have all these great reports and all these great commission recommendations, but there’s always been a lack of full implementation of them. And here’s another good example.”

Several of the Truth and Reconciliation Commission’s calls to action focus directly on the horrors inflicted on children in residential school. Following six years of extensive study, the commission made recommendations on efforts governments, justice systems and church officials should take to try to locate, name and commemorate the children who died.

Six of these recommendations specifically list the actions the commission determined should be done to address missing children and burial information, including funding and co-ordination support to locate and protect school burial sites, both known and unknown.

Asked for a detailed accounting of the $33.8 million pledged in 2019 toward these six particular calls to action, Crown-Indigenous Relations Minister Carolyn Bennett’s office said the government hosted a series of 16 virtual engagement sessions with over 140 participants over the summer and fall of 2020 to hear from Indigenous Peoples and organizations on how to move forward on implementing the TRC recommendations.

Ottawa also received guidance to develop a national approach to notifying family members of the locations of their children’s burials and efforts to work with First Nations, provinces and territories, churches and landowners on appropriate memorial ceremonies and commemorative markers to honour the deceased children, said Bennett’s spokeswoman, Ani Dergalstanian.

A total of $2.6 million was given to the National Centre for Truth and Reconciliation for its work on the student death register.

“The remaining $27.1 million will be allocated to supporting the important work of communities in locating, memorializing and commemorating those children who died while at Indian Residential Schools,” Dergalstanian said.

The TRC’s final report further included a 273-page volume documenting the searing stories of families whose children were forcibly taken and never returned. It also includes testimony from survivors of the schools who remember watching their classmates fall ill and die at alarming rates.

“These examples point to a larger picture: many students who went to residential school never returned. They were lost to their families. They died at rates that were far higher than those experienced by the general school-aged population. Their parents were often uninformed of their sickness and death. They were buried away from their families in long-neglected graves. No one took care to count how many died or to record where they were buried,” the report says.

“The most basic of questions about missing children — Who died? Why did they die? Where are they buried? — have never been addressed or comprehensively documented by the Canadian government.”

Federal New Democrats called for an emergency debate Monday in the House of Commons on the grisly discovery in British Columbia.

Leader Jagmeet Singh said the government has not done enough to implement the 94 calls to action from the Truth and Reconciliation Commission.

It is not good enough for the Liberal government to offer platitudes and make symbolic gestures, such as lowering flags on Parliament Hill to half-mast, Singh said.

“It’s not enough to just reflect on the pain of this injustice, the federal government has to (have) the responsibility to do something about it.”

Conservative Leader Erin O’Toole said Monday he agrees with the TRC’s findings that what happened to Indigenous children was a “cultural genocide,” indicating a marked change in position from former party leader and prime minister Stephen Harper, who avoided using the term when the commission issued its findings and recommendations in 2015.

“It is an atrocity so we have to act,” O’Toole said.

“Today I’m saying let’s act, let’s act together, I’m sure there’s will within all parties. I’d like the prime minister to move.”

On Monday, the Commons unanimously supported a special “take-note” debate on this issue to take place on Tuesday, when MPs will individually be able to make their views known.

But many Indigenous leaders are demanding more than speeches in Parliament.

Lorraine Whitman, president of the Native Women’s Association of Canada, says the grounds of all former residential schools should be searched with similar ground penetrating radar used in Kamloops. She also is calling for a full inquiry into the deaths at the B.C. school.

“The families deserve answers. First Nations, Métis and Inuit people deserve answers. Canadians deserve answers. And these children, who were denied the right to live their full lives, deserve the justice that will begin to happen only when all of the facts about their deaths are made public,” Whitman said.