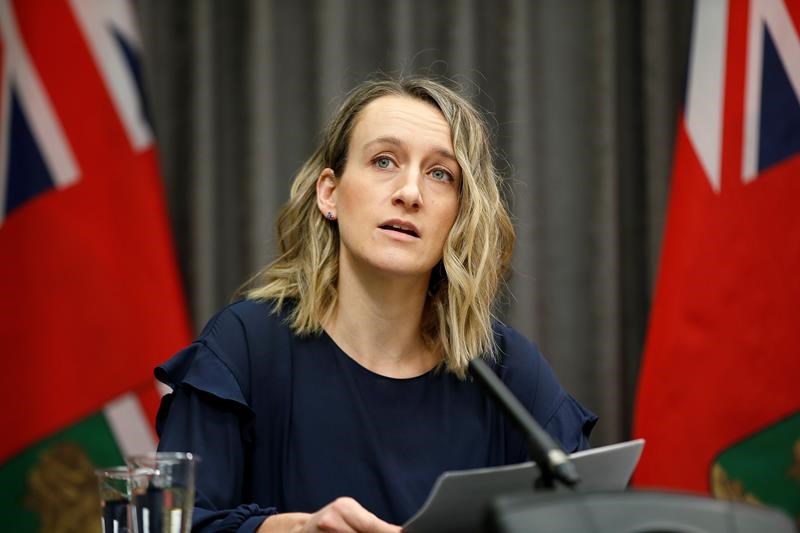 WINNIPEG — The number of Manitobans getting COVID-19 vaccines is starting to plateau, so health officials are planning new ways to get more shots into arms.

“It’s not like we’re not seeing any first-dosers continuing to book (appointments) at supersites and pop-ups across the province, but it is levelling off,” Johanu Botha, a co-lead of the province’s vaccine effort, said Wednesday.

“Of course, it’s up to the individual Manitobans to make that appointment … but a lot of it is up to us and our community partners, through providing the kind of delivery models that make this choice more feasible or convenient or reasonable.”

Botha said the province is still on track to have 70 per cent of people 12 and older vaccinated at least once by the end of June. Many Manitobans have started receiving second doses.

A mobile clinic, in the form of a van, is to hit the streets of inner Winnipeg this week to reach out to marginalized people, Botha said.

New community clinics are to be set up in areas where vaccination rates have been low. In some rural areas south of Winnipeg, uptake has been less than half the provincial average.

“The vast majority of those folks are not anti-vaccine,” said Dr. Joss Reimer, medical lead of the vaccine effort.

“The vast majority of people who have not yet been vaccinated are those who have questions about the vaccine … they just don’t feel the confidence yet in this vaccine.”

The provincial government has also been working on how to encourage more people to get vaccines, although Reimer said there are challenges in ensuring the incentives don’t lead to more mistrust in some quarters.

The province announced 267 new COVID-19 cases and six deaths Wednesday. Intensive care units remained swollen and 40 COVID-19 patients were being treated in Ontario and Saskatchewan to free up beds. One patient who was transferred to Ottawa on May 20 — a man in his 30s — has died, health officials said. Alberta has also offered to take up to 10 intensive care patients from Manitoba, according to a news release from Alberta Health Services.

Manitobans have been under strict public health orders, including a ban on social gatherings both indoors and out, but some are being relaxed.

An exception was made to allow up to 500 fully vaccinated health-care workers watch the National Hockey League playoff series between the Winnipeg Jets and the Montreal Canadiens. Immediate relatives of Jets players and staff have also been given the green light to attend.

And with a heat wave forecast for later in the week, municipalities have been given the go-ahead to use libraries and community centres as places for people to stay cool. Some splash pads and outdoor pools can also open as long as people mingle only with members of their own household.

The province also expanded eligibility for second vaccine shots Wednesday to anyone who received a first dose on or before April 20. Health officials are recommending anyone who received the Oxford-AstraZeneca vaccine move to a Pfizer-BioNTech or Moderna vaccine for a second.

The province still has almost 2,000 AstraZeneca doses available through pharmacies and medical clinics, geared mostly to people who are allergic to other types of vaccines, or who may have a hard time getting to a larger vaccination site where Pfizer and Moderna shots are administered.