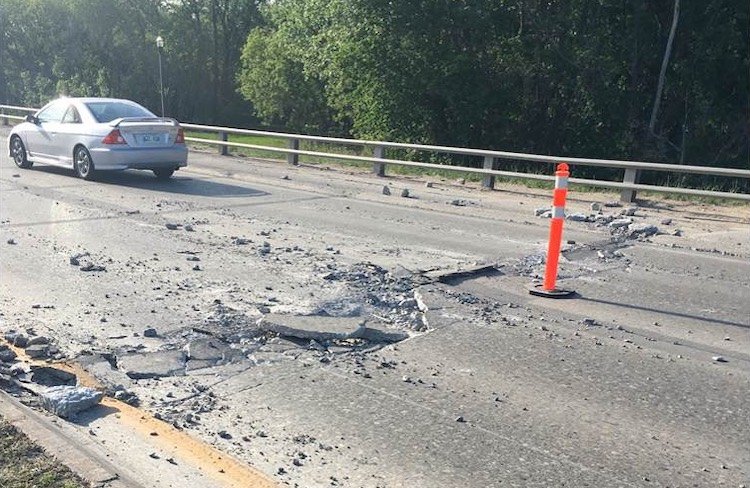 The City of Winnipeg said on Twitter the damage is west of Henderson Highway and the closure will last until Wednesday, June 9.

Drivers are advised to take caution in the area.

In other parts of the city, the public was reporting buckled sidewalks and driveways on social media as a result of the extreme temperatures.

Southern Manitoba is in the midst of a heat wave, with temperatures reaching the high 30s this weekend and high 20s into early next week. A heat warning remains in effect for Winnipeg and surrounding municipalities.

The median lane of westbound Chief Peguis Trail, west of Henderson Highway, is currently closed due to concrete damage from today’s heat. The closure is expected to last until Wednesday, June 9. Drivers are advised to take caution in the area. pic.twitter.com/yY1LPfkjVV