Home » Sports » Infielder Wes Darvill Back with the Goldeyes

Infielder Wes Darvill Back with the Goldeyes 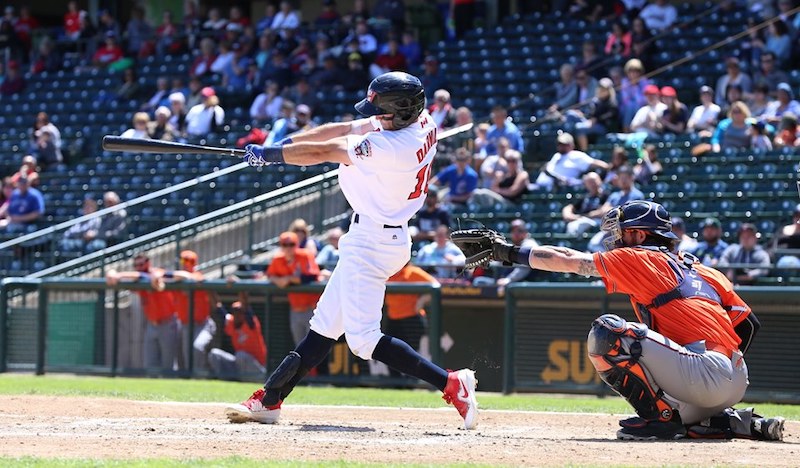 A familiar name to the Winnipeg Goldeyes lineup is back with the club.

Infielder Wes Darvill was re-signed to the Fish on May 7 and officially returns for his fifth season with Winnipeg.

The Langley, B.C. native hit .268 with five home runs and 31 RBI for the Goldeyes in 57 games in 2020, and was a member of Winnipeg’s back-to-back American Association championship teams in 2016 and 2017. Darvill enters his 13th season of professional baseball, and reached the Triple-A level in 2018 after the Los Angeles Dodgers purchased his contract from the Goldeyes that off-season.

The Goldeyes have also reinstated left-handed pitcher Travis Seabrooke to the active roster, as well as the signing of catcher Austin Rei.

Seabrooke has made two relief appearances this season for the Goldeyes, allowing one earned run and striking out six over four and one-third innings. Rei appeared in seven games earlier this season for the Double-A Central League’s Amarillo Sod Poodles (Arizona Diamondbacks).

Darvill and Seabrooke had been representing the Canadian National Team at the America’s Qualifier for the 2020 Tokyo Olympics. Team Canada finished 2-3 at the event.