Home » The Canadian Press » Bird of Prey Freed After Misadventure Behind Grill of B.C. Pickup Truck

Bird of Prey Freed After Misadventure Behind Grill of B.C. Pickup Truck 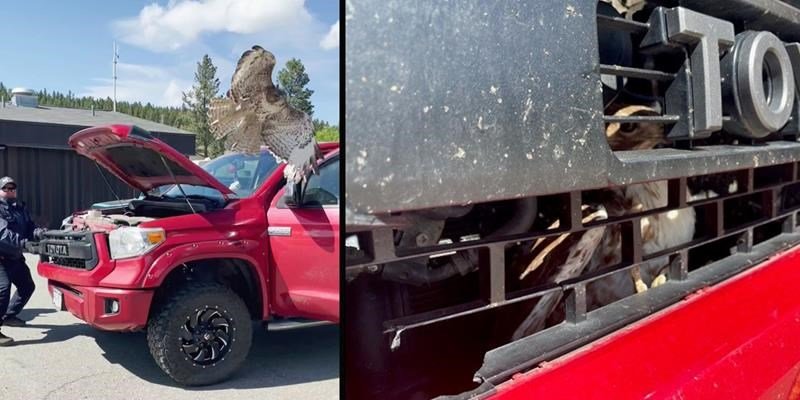 CLINTON, BRITISH COLUMBIA — Mounties in British Columbia’s Interior helped free a bird that was trapped behind the grill of a pickup truck.

Police say a woman from the Williams Lake area told them she was on a highway when the hawk-like bird suddenly emerged from a ditch.

The woman pulled into the RCMP’s detachment in Clinton looking for help.

Officers confirmed that just beyond the Toyota logo was indeed what appeared to be an imprisoned hawk.

Video shared by police shows that while one officer worked to unbolt the grill, another was ready with a blanket to protect the bird from injuring itself further.

Instead, as the officer loosened the grill, the bird poked its head out and quickly took flight, apparently unharmed.