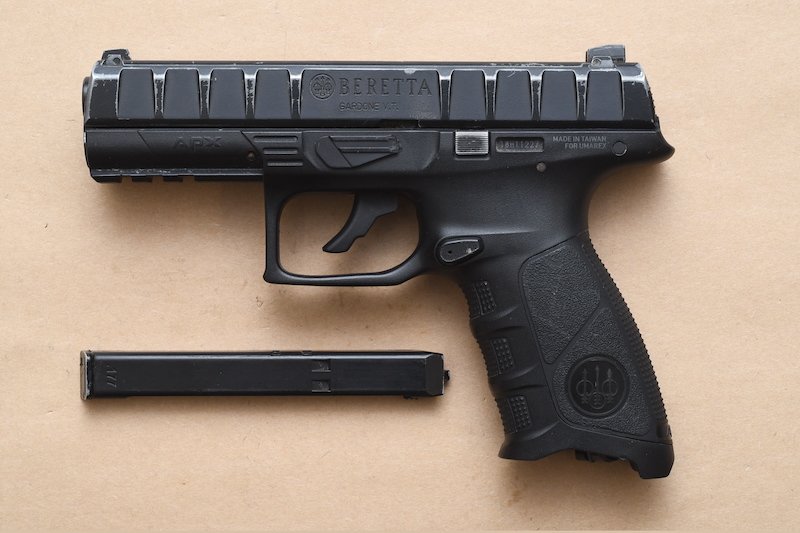 A CO2-powered BB pistol that closely resembles a Beretta model APX was seized from a man who attended CF Polo Park on Monday, June 14, 2021. (WPS HANDOUT)

WINNIPEG — A scary situation unfolded Monday when a man with a gun was spotted in the food court at CF Polo Park.

Winnipeg police responded to the incident at around 3 p.m. after a man was witnessed removing a handgun from a bag, showing it to another person and placing it back into his bag. He then left the mall.

Security contacted police and provided officers with a description of the suspect. Nobody was threatened during the incident.

A 23-year-old Winnipeg man was arrested near Portage Avenue and Tylehurst Street and safely taken into custody. Police also seized the firearm, which was a CO2-powered BB pistol that closely resembles a Beretta model APX.

The suspect was released to appear in court at a later date.