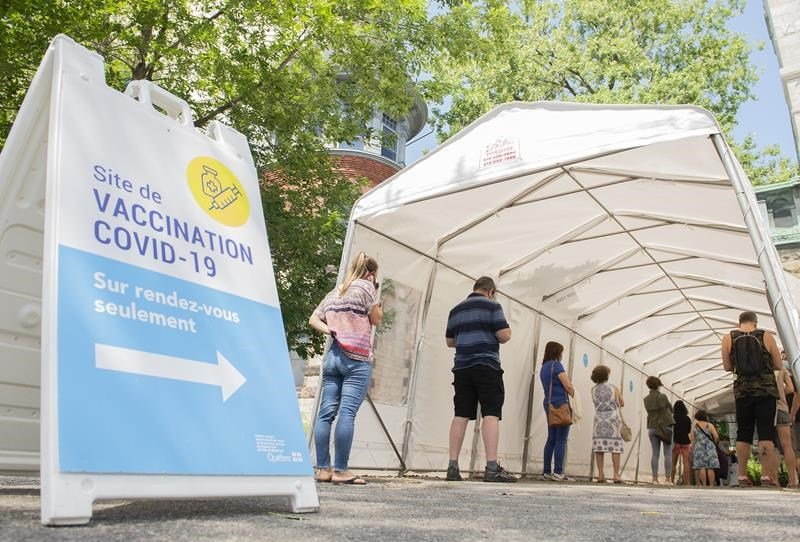 OTTAWA — Canada is set to receive more than five million doses of COVID-19 vaccine over the coming week.

Around 2.4 million are expected to come from Pfizer and BioNTech, though that shipment isn’t slated to land until mid-week and has prompted some jurisdictions to temporarily pause walk-in appointments or make use of other vaccines due to the brief delay.

Another 2.8 million will come from Moderna, for a total of 5.2 million shots expected this week.

The federal government says about nine million doses came into the country last week as Canada officially immunized more than 20 per cent of eligible residents with two shots of vaccine.

Procurement Minister Anita Anand has said Canada is on track to receive more than 50 million doses by the end of June, thanks in part to Moderna’s decision to ship about five million shots ahead of schedule.

She said Ottawa is on pace to take delivery of more than 68 million jabs by the end of July.