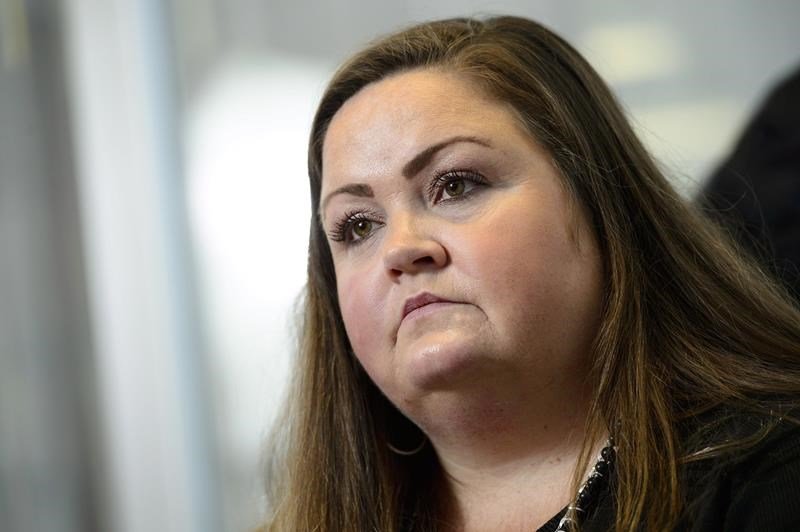 Heidi Illingworth, federal ombudsman for victims of crime, takes part in an interview at her office in Ottawa on Thursday, Jan. 10, 2019. (THE CANADIAN PRESS/Sean Kilpatrick)

OTTAWA — Newly released documents on a little-used federal benefit for parents of crime victims show an increase in aid being paid out after an overhaul of the program, but the rate of denied applications staying steady.

The program set up by the previous Conservative government in 2012 offered up to $15,750 over 35 weeks to parents whose children had either been killed or gone missing as a result of a probable criminal offence in Canada.

The Liberals overhauled the program following a critical review of the benefit by a federal watchdog in 2018 that showed administrative costs far outstripped the amounts paid to parents.

Documents obtained by The Canadian Press under the Access to Information Act detail how the changes have played out so far.

The average number of applications each year has risen to 31 from 11 in the wake of the 2018 changes, and amounts paid out climbed to almost $193,000 from just over $50,050, but still only half of requests are being approved.

Heidi Illingworth, the federal ombudsperson for victims of crime, said the low number of applicants speaks to a need for a followup review of the benefit despite the uptick in take-up and drop in administrative costs.

“We need to see some evidence that this is actually helping people,” Illingworth said.

The program has an annual budget of about $10 million, after federal officials estimated about 1,000 families would need aid annually, but it has never once come close to spending that amount.

Children generally make up a small percentage of homicide victims in Canada and of those who go missing, few are taken by a stranger.

Illingworth said the government could look at expanding eligibility to help parents whose children are victims of crimes beyond homicide or being taken, such as sexual exploitation, or recognizing other forms of victimization that may require a parent to take time off.

The Liberal changes to the program were expected to have a “modest but important impact on uptake of the grant” over time, officials noted in the documents.

In the last fiscal year, between April 2020 and this past March, 25 grants were issued with grants totalling about 390,000, up from the $349,920 in benefits in the preceding 12-month period. The grants were the most paid out for the program since 2015, and the operating costs the lowest over the same stretch.

The benefit can be paid out two years after the date of an incident that must have occurred in Canada. Parents are only eligible if they have earned at least $6,500 in the preceding year and are working at most half of their regular work week.

Additional changes to ease and expand access to the program, and double to 104 weeks the leave available to parents under the Canada Labour Code, are contained in the government’s budget bill that just passed the House of Commons Wednesday, and is now in the Senate’s hands.

During a mid-May meeting of the Senate’s social affairs committee, officials with Employment and Social Development Canada said the department would notify federal employers of the labour code changes, which should raise the profile of the program to employers and employees.

But it’s the 71 listed next to family and victim services that caught Illingworth’s attention because, she said, it’s a small portion of what exists in the country.

Illingworth said she believes federal officials have more work to do to make sure front-line services supporting families and victims are aware the program exists and can provide some financial support.