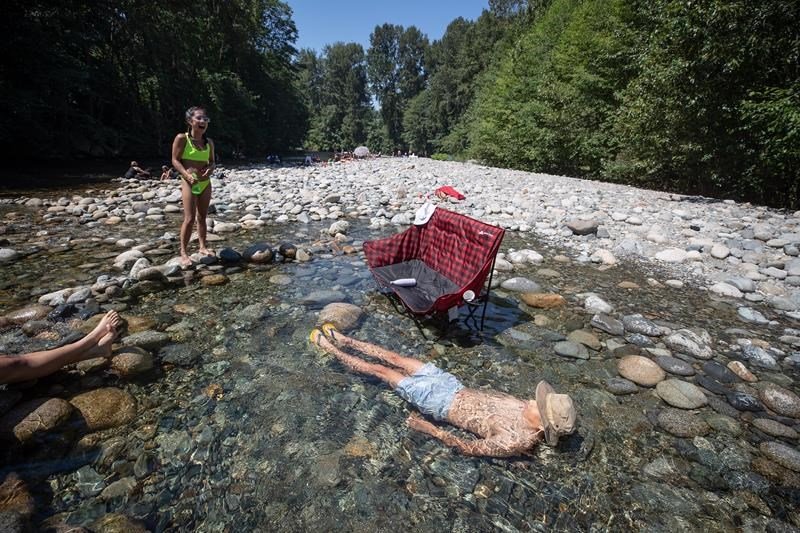 A record-breaking heat wave could ease over parts of British Columbia, Yukon and Northwest Territories by Wednesday but any reprieve for the Prairie provinces is further off.

Those records include a new Canadian all-time high temperature of 47.9 C set in Lytton, B.C., smashing the previous record of 46.6 set in the same village a day earlier.

All-time maximum temperature records were also set in the Alberta communities of Jasper, Grande Prairie and Hendrickson Creek for a second day as the mercury hit the mid- to high-30s.

It was 38.1 C in the Nahanni Bute region of N.W.T., the highest temperature ever recorded in the territory.

Forecasters warn extreme conditions will persist across the Prairies at least through this week and possibly into next.

As the sweltering system slides out of B.C., dipping temperatures to more seasonal values, the weather office is calling for a chance of lightning Wednesday night in the parched southern Interior. It’s the same area where evacuation alerts were issued Monday as a wildfire grew to nearly two square kilometres.

The BC Wildfire Service announced a provincewide campfire ban effective at noon Wednesday, as the wildfire risk across most of B.C. is rated at high to extreme.

The ban, which also covers fireworks, torches and burn barrels, remains in effect until Oct. 15.