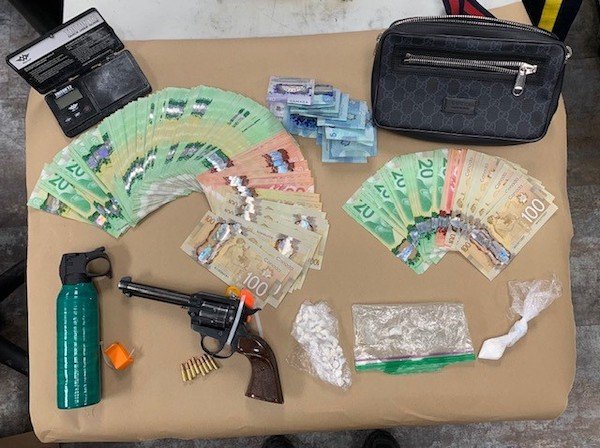 Items seized during a search of a home in Flin Flon, Manitoba on Tuesday, June 29, 2021. (RCMP HANDOUT)

Manitoba RCMP have arrested two people after recovering a gun, drugs and cash during the search of a home in Flin Flon.

Officers executed a search warrant on Aspen Grove on Tuesday, where they seized a loaded revolver, cocaine, cash and drug-related paraphernalia.

A 17-year-old boy and a 20-year-old man, both from Winnipeg, were arrested.

The teen was found to have multiple warrants out for his arrest and remains in custody. The man was released to appear in Flin Flon court on July 15. Both accused are facing numerous drug and weapon-related offences.