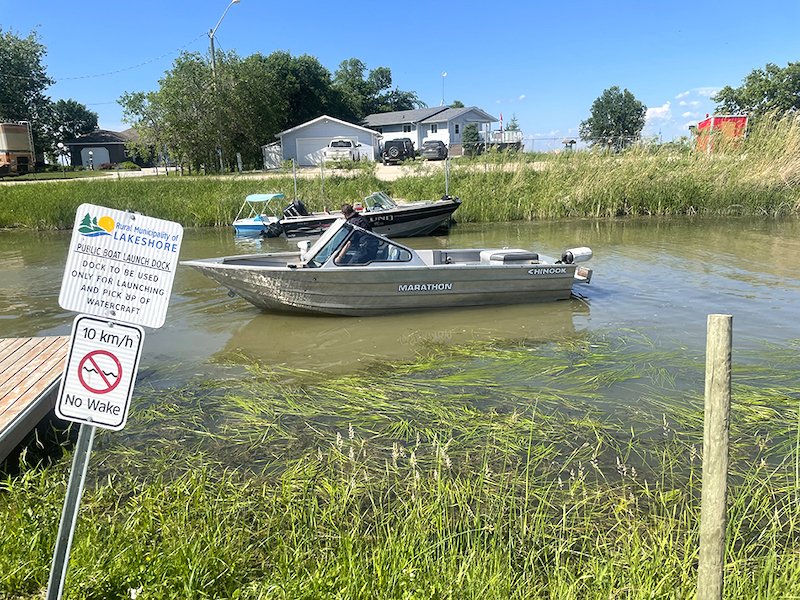 Manitoba RCMP could have issued a handful of tickets to boaters during a recent patrol on Dauphin Lake, but let them off with an educational warning.

Police say Dauphin RCMP and the Manitoba RCMP Inland Water Transport Unit conducted the patrols on June 26 to ensure boating regulations, as well as fishing regulations and impaired driving laws were being followed.

Six boats were found to be non-compliant with regulations, with potential fines totalling $7,140. However, no fines were issued and police educated those on board with how to become compliant moving forward.

One ticket was issued for fishing without a licence.

“Two boats that were stopped were found to be fully compliant,” said Cst. Romain Sarradell of the Dauphin RCMP. “They had all their safety equipment, their vessel was in proper working order, and one had a very friendly dog on board, too!”

S/Sgt Bob Chabot, Commander of the Inland Water Transport Unit, says it’s important to have all safety equipment on board as well as the proper training on how to use the safety equipment and operate the vessel.

“We want everyone to enjoy their summer, and the best way to do so is by having some fun out there on the water and then getting home safely at the end of the day.”

← Previous: Fire Destroys Most Homes and Buildings in Lytton, B.C.; Some Residents Missing Next: Passenger Dies After Being Ejected in Crash Near Carman →
Tags: Dauphin | Manitoba | RCMP