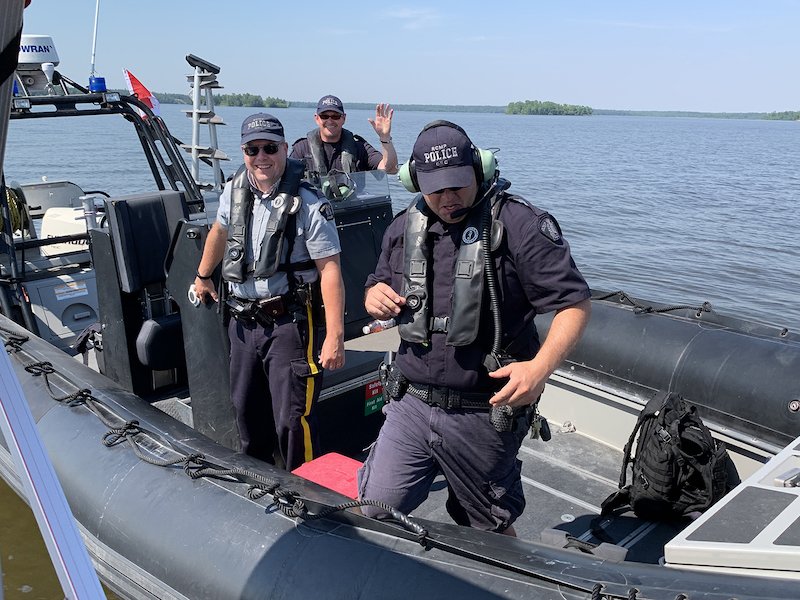 Manitoba RCMP were out on the waterways this past weekend to ensure boaters were abiding by the rules and staying safe.

Over the three-day period:

“For the most part, people are out enjoying the water and being courteous of others doing the same,” said S/Sgt Bob Chabot, commander of the RCMP Inland Water Transportation Unit.

“Unfortunately, you get a few people who are operating their vessel in an unsafe manner or who think it is okay to have alcohol on board. Neither are acceptable. That is why we are out on the waterways and patrolling.”