Child Fatally Stabbed After Being Abducted by Estranged Father 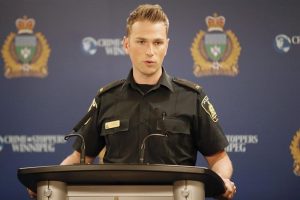 WINNIPEG — A three-year-old girl has died after being abducted at knifepoint by her estranged father.

Winnipeg police were called at around 9:30 a.m. to the Robertson neighbourhood for a family-related abduction, where the child was taken from her mother while inside a vehicle.

Officers located the suspect outside of another parked vehicle at King Edward Street and Jefferson Avenue about 15 minutes later. Police found the young girl inside the vehicle suffering from stab wounds and immediately began providing first aid.

Murray said the girl’s mother was parked after driving with the child on Wednesday when a man approached them and abducted the child at knifepoint.

“Our officers attended, located the child inside the vehicle and attempted to provide emergency first aid,” Murray said.

“Essentially they did everything they could, including CPR, to try to resuscitate the child.”

She died in hospital, he said.

Frank Nausigimana, 28, of Winnipeg, has been charged with first-degree murder.

Murray said Nausigimana and the mother had not been in a relationship for some time. There had been no contact with the father for many months, he added.

Murray extended his sympathy to the mother and her family.

“I can’t imagine the grief and pain they are experiencing.”