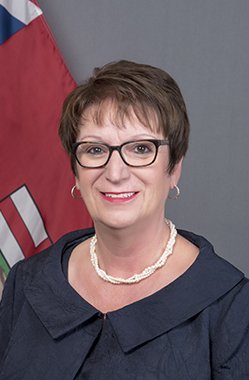 WINNIPEG — Manitoba’s minister responsible for Indigenous and northern relations has resigned from cabinet, shortly after Premier Brian Pallister came under heavy criticism from Indigenous leaders over comments on Canadian history.

Eileen Clarke, who has held the post since the Progressive Conservatives were elected in 2016, declined an interview request Wednesday. She said in a statement that she would not do interviews on the same day the Assembly of Manitoba Chiefs was electing a new grand chief.

Her constituency office confirmed her resignation from cabinet and added that Clarke will stay on as a member of the legislature.

The CBC reported that Clarke said Pallister’s comments were a factor in her decision, although she did not specify which comments.

Pallister refused to discuss the reasons for Clarke stepping down.

“All I can tell you is that cabinet ministers, like all of us, have the opportunity to decide on their own future, and I respect those decisions, and I respect Eileen’s decision” Pallister said.

Last week, Pallister’s comments in response to the toppling of two statues of Queen Elizabeth and Queen Victoria on the grounds of the legislature raised the ire of the Indigenous community.

Pallister said people who came to Canada did not come to destroy things, but to build up communities, churches, farms and businesses. Indigenous leaders said Pallister was minimizing and romanticizing the effects of colonialism.

One political analyst said Clarke may have become fed up with having to deal with the fallout from such remarks. Pallister has stirred up similar controversies in the past, including one time in 2017, when he said spotlight hunting by Indigenous hunters at night risked leading to a race war.

“Maybe she just reached the end of her rope in terms of saying … ‘I’m tired of phoning people and telling them, listen, the premier misspoke,”‘ said Paul Thomas, professor emeritus of political studies at the University of Manitoba.

“Nothing but respect for my friend & colleague,” Martin posted on Twitter. “Her decision is understandable.”

The Assembly of Manitoba Chiefs praised Clarke in a statement that said she “always fulfilled her duties in a respectful manner and remained a staunch supporter of First Nations at all levels.”

Pallister is expected to name Clarke’s replacement and reveal other revisions to his cabinet on Thursday. A media notice said there would be changes — plural — to the inner circle.