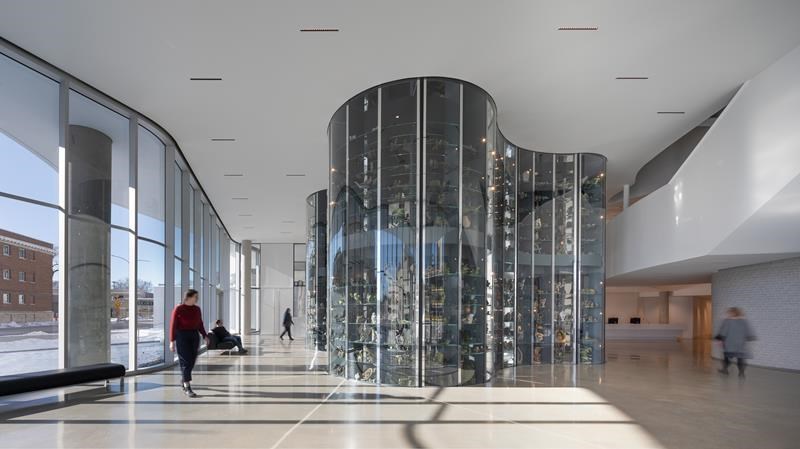 WINNIPEG — The world is taking notice of what Winnipeg has to offer, putting Manitoba’s capital city in the spotlight on TIME’s annual list of the World’s Greatest Places.

The distinction, released on Tuesday, specifically highlights the Winnipeg Art Gallery’s Qaumajuq, which houses the world’s largest public collection of contemporary Inuit art as well as the city’s other innovative and inspiring attractions.

“The opening of Qaumajuq highlights the creative side of Winnipeg, a prairie city that is also home to the acclaimed Royal Winnipeg Ballet. Other cultural offerings include the annual Warming Huts contest—in which competitors design and build small, hutlike shelters or installations along the frozen river — and winter’s acclaimed New Music Festival, where subzero outdoor concerts are played on instruments made of ice,” says Karen Burshtein, writer and TIME contributor.

TIME solicited nominations of places to compile the list from its international network of correspondents and contributors.

“For years we have been saying Winnipeg consistently surprises and punches above its weight. Our city leads and excels in so many areas from business to the arts and tourism and we are thrilled to be recognized by TIME,” says Dayna Spiring, president and CEO of Economic Development Winnipeg.

“As our tourism sector begins to recover, this will help keep Winnipeg top-of-mind for travellers looking for an exciting destination to visit.”

Qaumajuq opened to the public in March and boasts a 185,000-square-foot “cultural campus.”