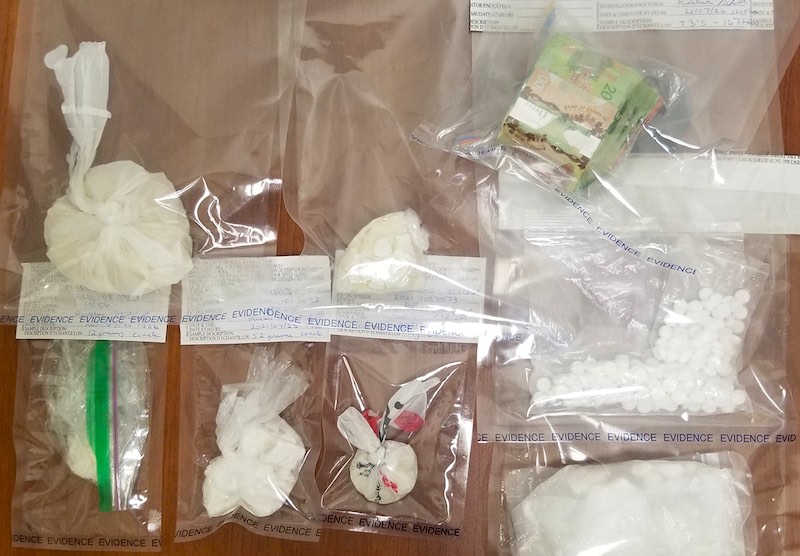 Drugs seized during a search of a package at the Winnipeg airport and a nearby business. (RCMP HANDOUT)

Police say they were notified of drugs being discovered during a security check of cargo being shipped to Bunibonibee Cree Nation (Oxford House).

Officers found that a man had used a business adjacent to the airport to ship the large package north. When the package was examined by security at the business, it appeared to have been tampered with. Upon further inspection, the package was found to contain cocaine. Police were called and seized 440 grams of the drugs destined for the same location.

On Monday, the same man returned to pick up a different package at the business and was arrested. Officers found 167 T3s destined for Kinosao Sipi (Norway House Cree Nation), and an undisclosed amount of Canadian currency.

Joseph Muskego, 36, of Kinosao Sipi, has been charged with several offences.

At the time of his arrest, Muskego was on parole and therefore remains in custody.