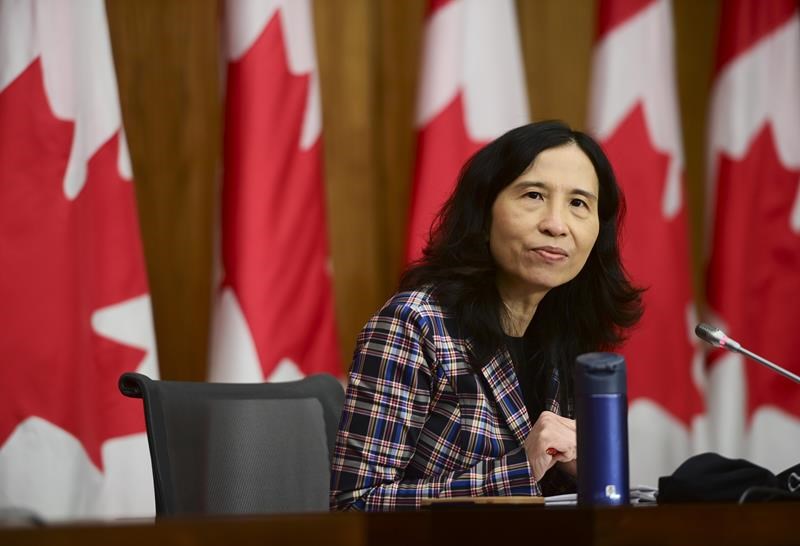 Federal officials are warning Canada could be on the brink of a fourth wave of COVID-19 driven by the Delta variant if the country opens too fast before enough people have been vaccinated.

Long-term forecasts released Friday indicate a hasty reopening could lead to a sharp resurgence of the virus by the end of summer, Canada’s chief public health officer said as provinces including Alberta continued to ease restrictions.

Dr. Theresa Tam also urged younger adults to become fully vaccinated as soon as possible, noting they continue to lag among age groups but are associated with highest rates of disease transmission.

While robust vaccination rates are already credited with dropping hospitalizations and deaths, she said inoculations must rise further to avoid renewed strain on hospitals and the health-care system.

“Almost 6.3 million people are not yet vaccinated with a first dose … plus over five million people have not received the second dose,” Tam told a news briefing in Ottawa.

“This ‘call for arms’ is to shoot for the stars in vaccination coverage. With just over five weeks until Labour Day in Canada, this time is crucial for building up protection before we gather in schools, colleges, university and workplaces this fall.”

As of last Saturday, 89 per cent of seniors aged 70 or older had received two doses of COVID-19 vaccines, according to the government’s figures.

Tam said vaccine coverage must be more than 80 per cent in all age groups to establish better protection.

She said the more infectious Delta variant is expected to gain steam among younger unvaccinated people, fueling a resurgence that could overwhelm health-care capacity if personal contacts also rise.

Current COVID-19 case counts have plummeted by 93 per cent since the peak of the third wave, for an average of 640 new infections being reported daily over the past seven days, Tam said.

But there are early signs of epidemic growth in some parts of the country, said Tam, predicting cases will rise further as public health measures ease.

Deputy chief public health officer Howard Njoo added that Canada’s robust vaccination rate means any uptick in infections would likely not correspond to a rise in deaths and hospitalizations, noting “it’s not the same as before.”

Nevertheless, he warned that millions of unvaccinated Canadians “are really at risk of serious outcomes,” and asked: “What are you waiting for?”

The warnings come as a chorus of health experts express concerns about Alberta’s decision earlier this week to end isolation requirements for those who test positive for COVID-19, or who have been in close contact with someone who has.

Tam reiterated the importance of quarantines to prevent the spread of COVID-19, urging Albertans to continue to isolate, get tested and inform their close contacts even if it is no longer required.

There are hundreds of thousands of unvaccinated people in Alberta, Tam said, and there’s the potential for large COVID-19 clusters and outbreaks.

“The bottom line is get vaccinated. There’s still a ways to go in Alberta.”